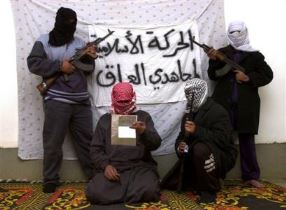 Even if other nations have strongly opposed Iraq’s capital punishment policy, yet Iraqi authorities refuse to let go off their own jurisdiction methods. A report by the war-torn country’s authorities came out on Monday highlighting the execution of 12 convicts charged with terrorism in the nation. With these 12 put to capital punishment, the score has now reached 144 this year compared to last year’s 129. These reports came directly from the Ministry of Justice. It appears that the official spokesperson who announced the news refused to divulge any further information regarding those 12 executed men and furthermore, did not even give an idea regarding the crimes that they had been charged for.
The only details the official gave were that the 12 were of Iraqi origin and were charged with their involvement with terrorist and extremist organizations. Apparently, the score of executions has increased in the country this year and almost all of the convicts were hanged to death.
Last month on the occasion of World Day against Death Penalty, the Iraqi authorities released a report saying that they had executed 42 convicts in just one week resulting in international criticism. The human rights groups across United States and European Union are strongly condemning the actions of Iraq.
The Justice Minister of Iraq, Hassan al-Shammari highlighted the fact that Iraqi authorities have always thoroughly conducted the legal process before sending convicts to the ropes. A total of 5,700 people have lost their lives this year in the surging unrest that has gripped the nation.