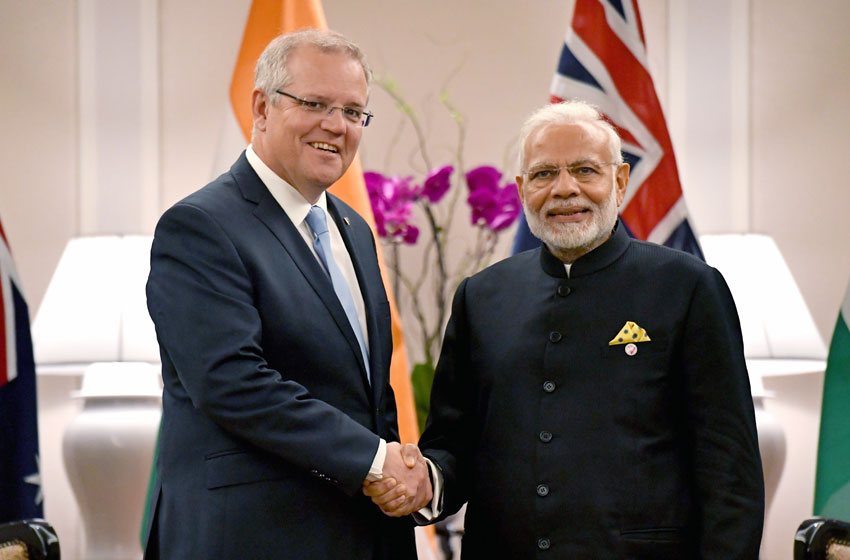 A new India-Australia partnership will focus on hydrogen development technologies and ‘ultra-low-cost’ solar initiative programs that will help reduce carbon emissions. The importance of supporting fragile economic growth in India was recognised by Morrison, with a pragmatism that developing countries need aid in these technologies. Otherwise, environmental projects are doomed to failure.

Australia, like most developed countries, has made a commitment to net-zero carbon emissions. For Australia, this will be by 2050. No doubt ‘commitments’ will be on the agenda at the upcoming United Nations Climate Talks in Scotland later this year. Notably, the UN are getting more vocal on developing nations’ commitments to transitioning to cleaner energy through technology. This may have catalysed Scott Morrison to strike up the agreement with India. Narendra Modi commented after the meeting that India, and others, urgently need to address climate change; therein, embracing clean technology.

The two leaders also discussed a defence programme as well as trade agreements. This paved the way for trade ministers Dan Tehan and Piyush Goyal’s meeting over the coming days. Both sides are eager to progress the Comprehensive Economic Cooperation Agreement negotiations between the two countries. More will unravel in October. Stay tuned.