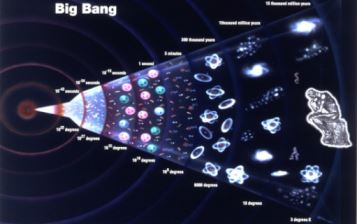 A wise man once said that the most wondrous thing in the world is the fact that human beings, in the constant knowledge of death, live as though they will live forever. We are all blessed by brains that refuse to think of dynamic, changing things, which is perhaps why for vast periods of scientific history, no one ever wondered about the possibility of the universe not being static and stationary.
Einstein got a glimpse that things were maybe not as they seemed when he postulated his general theory of relativity, but he dismissed it as an error and made up for it by introducing a Cosmological Constant to force his equations conform to the notion of a universe in steady state. When scientists like Alexander Friedman and Georges Lemaitre wrote to him referring to the apparent anomaly in his equations, Einstein either snubbed them or cajoled them to abandon their theories.
It was only in 1929, with the discoveries of American physicist Edwin Hubble, that Einstein relented and admitted his error. (He would later proclaim his effort to fit a Cosmological Constant into his equations the biggest error of his life.) Hubble first identified Cepheid variables in several spiral nebulae which conclusively proved that the nebulae were too distant to be part of the Milky Way. For the existing scientific establishment of the time – which thought that the Milky way was the entire universe – this finding came as a rude shock. Then Hubble observed that all distant galaxies were receding from Earth’s vantage point. The farther away the galaxy, the higher the apparent velocity was found to be, which meant that all observable regions of the universe are receding from one another.
Until a few years ago, cosmologists considered two scenarios for the future of the Universe based on the Big Bang Theory. If the mass density of the universe were greater than its critical density, the universe would reach a maximum size and then collapse unto itself, vanishing into a point in a Big Crunch. Alternatively, if the density remained under the critical density, the expansion would slow down but never stop, like the tail of an exponential curve. Stars would eventually burn out one by one, leaving white dwarfs, neutron stars and black holes.
The collisions between these dead stars would result in mass accumulating, and the temperature would approach Absolute Zero – the Big Freeze. The entropy of the universe would reach a point beyond which no energy can be extracted from it; therefore it will become all mass and no energy. This situation is called among cosmologists as heat death.
However, recent observations have refuted this theory and claimed that 90% of matter in the universe is ‘dark matter’ which does not emit light or interact with ‘normal’ matter. If this is indeed true, then the scenario of a heat death would be slightly different because we’re yet to realize the potential of this mysterious dark matter.
Not only that, some scientists posit that our universe sits in a larger universe (or multiverse), and that once it stops expanding and reaches steady-state, each end point will expand further in its own Big Bang. This concept is called eternal inflation.
Two of the prime questions plaguing humanity forever is: ‘Where have we come from and where are we going?’Since our own stories begin with birth and death, we assume that everything in the universe – and perhaps the universe itself – should have its birth-death cycle. So we go into the past and into the future with our minds in the hope that we will one day glimpse the universe in its beginning stages of birth, and also in its final throes of death.