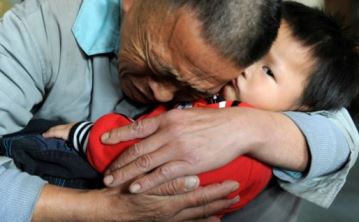 A Chinese man has been sentenced 5 years of imprisonment for selling his 4-months old son. Zhou traded his son in the Guizhou province of the southwestern China in order to raise money, so that he could participate in a talent show. Police got a call from his wife, who reported that her son has been missing from the house. Last year, the child was sold for 10,000 Yuan which is approximately 1800 Australian Dollars. Zhou sold his son to baby traffickers, who then traded him at a much higher cost to a childless couple.
Zhou used the money to pay for the participation fees and to accommodate the transportation costs for a talent show, hoping that he’ll become a singing sensation in the country.
Baby trafficking is very popular in all parts of China because of the one-child policy of the country, which bars citizens from having a second baby. However, this rule was amended recently. Now, if one of the parents is a single child, the couple can have a second baby.