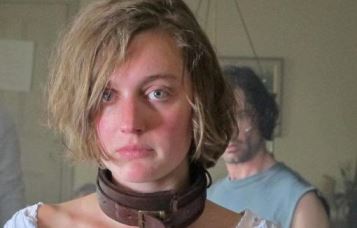 The ordeal ended, Colleen Stan survived, nightmares haunt her sometimes, but she continues to love and live her life because she never gave up no matter what.
The 70’s brought an era of change. The bohemian way of life was adopted by youngsters to lead a life without material possession, to roam around freely like the breeze, and experience the freedom like a bird living in peace and kindness. On Thursday May 19, 1977, 20 year old Colleen Stan left Eugene, Oregon with the same naïve ideology and decided to hitchhike a ride for the lack of money like she did before in numerous occasions to visit a friend in Northern Carolina town of Westwood which was almost 600 miles away.
Colleen safely reached Red buff after a couple of rides which was 400 miles away from home. With only 200 miles to go, Colleen evaluated and rejected a couple of rides for safely reasons before she got into the blue Dodge Colt driven by a Man accompanied by his wife and a 8 month old baby. She felt safe. They started talking about random things when Colleen noticed that the man, Cameron Hooker was staring at her through the rear view mirror. It made her nervous. At the gas station, Colleen went to use the washroom and thought of running away and never look back, but decided against it by calming her paranoia thinking that a man with a wife and child will not harm her in front of them.
Colleen got into the car, Cameron drove and planned with his wife, Janice to visit an Ice cave on the way, which Colleen didn’t mind. The car stopped at a secluded place, where Janice got off the car with her child like a pre-planned action and Colleen found herself staring a knife, stunned and forced to follow Cameron’s order. She was blindfolded, handcuffed, bounded and gagged before her head was placed in a wooden head-box made personally by Cameron to silence the screams of his captive. What followed for Colleen after that abduction was 7 years of torture, abuse, slavery, bondage and sexual molestation.
Cameron had a fetish for bondage related sexual torture and he made a deal with his wife that he would stop torturing her if he is allowed to have a slave. Janice agreed on one condition – he can’t have sex with the slave. Cameron agreed and Colleen soon found herself blindfolded, stripped, and hung by her hands in mid air in a dark basement where Cameron whipped her in regular intervals.
After 8 months of torture, Cameron presented a contract to Colleen which basically wanted her to wholeheartedly agree to be his slave or die. Cameron painted a picture of a huge organisation called ‘The Company’ who support the concept of having slaves and if she resisted she and her family would be killed. Colleen agreed to the bullshit, signed the contract and stuck around for seven years in fear. She was given the name ‘K’ by Cameron. Later when Janice had a second child, Colleen was given the task of babysitting and household chores. She was tortured regularly as well. She was given leverage to jog as well for a limited amount of time. She was also taken to her family and Cameron posed as her fiancé and Colleen didn’t reveal anything to them as she was scared by ‘The Company’
After coming back from the family Cameron put Colleen in a wooden box under the family water bed for 3 years only allowing her to come out of an hour during the nights for more torture. He also started raping her now. He forced her to write love letters. After 3 years she was brought back into the family and told to work because the Hookers need extra money. Janice and Colleen bonded during this period. One day the wife lost it when Cameron expressed that he is going to get four more slaves. On August 1984 Janice told Colleen that Cameron is not a part of any Company and she can just leave. Colleen left but made one last call to Cameron that she is leaving. Cameron cried. Colleen didn’t go to the cops on Janice’s request to give Cameron three months to reform.
Three months later Janice got him arrested and Colleen testified. He was found guilty of kidnapping, torturing, sexual abuse, molestation and numerous other charges and was sentenced to 104 years imprisonment.