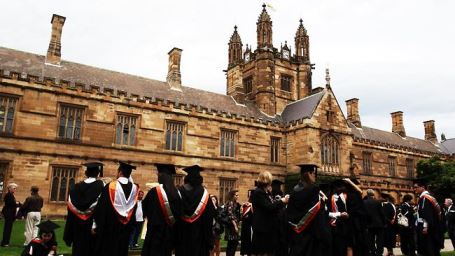 Being Australians ourselves, we don’t claim to be unbiased, but when a global ranking study puts Sydney above cities like London, Paris and New York as the best destination for international university students, we cannot help but respectfully agree. Global Consultancy firm A.T. Kearney, in its Global Cities 2014 index, put Sydney ahead of dozens of competing cities after studying the size of international student populations.
And we ask, why not? With 300,000 international students enrolled in the city currently from countries such as China, India, South Korea, Malaysia and Vietnam, no one can say that the accolade is unearned. Sydney is multi-cultural, and in the words of some international students, embodies the Australian spirit of work hard, play hard, like no other. Graduates from Sydney universities have gone on to become some of the world’s most successful businessmen and academics. Not only that, five Novel laureates, six Prime Ministers and two governors-general have come out of Sydney’s colleges.
It has great public transport systems and infrastructure, and the people of Sydney are regularly labelled friendly and approachable. It makes economic sense, too. In the words of mayor Clover Moore, the international student community has contributed $1.6 billion dollars so far to the city’s economy.
So when you can get a heady mix of quality, recreation and relatively affordable tuition fees with the promise of year-round tropical weather, what more could you ask for? Can any other city beat Sydney in this respect?
We think not, and we’re glad the folks at A.T. Kearney agree with us.