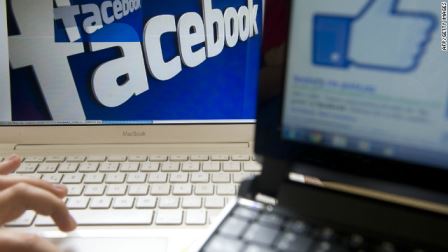 Now we don’t advocate a life of crime for any of our readers. Robbing a bank may appear cool when a bunch of joker-faced guys do it on a movie like Batman – especially because Joker always has the right thing to say – but in real life, there’s nothing cool about it. So bottom line: whatever it is, if you could get arrested for it, don’t do it. It’s better that way.
But if you have to scratch the itch, at least stay low-key and out of sight. No matter what you do, don’t do what these guys did.
Stealing gas from a cop’s car

Michael Baker, a twenty year old from Jenkins City, posted a photograph of himself siphoning gas from a police car, middle finger of right hand stretched out to the camera, white cap tilted to the right, a grin on his face. The police department had no idea of the theft until the picture began to go viral among the city’s 2000 residents. As he was being taken into custody, he found the good humour to post on his Facebook wall the following message: ‘yea lol I went too (sic) jail over facebook.’
Maybe it was all a cry for attention in the sleepy town. We think Michael has become a minor celebrity because of his deed, and he will have a tale to tell for many years to come in bars and pubs.
Trolling the sheriff’s office after raping someone
Say, god forbid, that you’re charged with rape. What is the last thing you would do? Go on, we will give you a minute to think up the one thing that you would never, ever do. Dustin Mccoombs, a twenty-one year old from Alabama, logged into Facebook using his real name and engaged in a war of comments with the Jefferson County Sheriff’s Office, claiming that he was safe because he had ‘left town’. He also bragged that the sheriff’s office did not know where he lived.
Needless to say, it was rather easy to catch him after that particular conversation.
Accepting Friend Requests from cops
If you’re a gang member who is active on Facebook and cannot help yourself from posting status messages about your various ‘social activities’ on your wall, the least you could do is not accept friend requests from a policeman. And yet this is exactly what Officer Michael Rodrigues from the New York Police Department did when he wanted to track down his favourite suspected gang members.
Yep. He sent them a friend request. And got accepted. And then stalked and arrested them. When asked if it was hard, he said, ‘No. When I saw that one of the suspects said ‘it’s break-in day at the avenue, we knew what they were going to do.’

Bragging on Facebook – Part Two
Brooklyn bank robber Jesse Hippolite, twenty four, boasted repeatedly on Facebook about his past and future bank heists, leading cops straight to his door. Using a false name ‘William Sutton Jr’, he wrote ‘crime pays my bills’ and ‘I wanna promote my heist…who wit it?’ while appearing in photographs with fanned hundred-dollar bills in his hands. Today he faces sixty years in prison.
Forgetting to log off Facebook
This one takes the cake. After robbing an internet cafe, two men in Western Columbia decided that it was time to check their Facebook accounts – because that’s how robbers roll these days. Unfortunately, one of the thieves forgot to log out of their Facebook account, which made the process of later catching them almost ridiculously easy. Someone really has to tell these guys that Facebook is a real place with real information.
Twitter’s not far behind
In case you may think that Facebook is the only social networking site out there, let’s remind you that Twitter’s not far behind either, especially when it comes to acting as a platform for delinquents’ boasts. Gang leader Ronald Herron from Brooklyn took it upon himself to brag on his Twitter account about how he has gotten away with murder. Federal Prosecutors have charged him now with three brutal killings, including the one he mentioned on Twitter. He now faces life in prison.
Here’s one for MySpace
Crown-Heights based drug dealer Tyrell ‘Handsome Rell’ Blue posted pictures of himself with a wad of cash on his MySpace account with a caption: I made $250,000 this year. Police promptly convicted him of multiple counts of selling narcotics using the very picture as evidence.
They say criminals typically have low self-esteem, and are therefore prone to boasting about their alleged successes to their peers. It’s perhaps no surprise, then, that they use online social networking platforms more than the average user. Police departments around the world now are waking up to this fact, and most have dedicated online teams fishing out suspects and stalking them on websites such as Facebook and Twitter.
‘It’s almost become unfair,’ says a law-enforcement source. ‘Facebook and MySpace are killing these guys.’ NYPD detectives have been using social networking websites as crime-fighting tools, busting up drug-rings, gangs, solving sexual assault cases, and finding stolen goods that robbers eventually boast about on their pages.
It may not be long before the criminals become wiser, but until then, Facebook and MySpace, in their own way, are helping societies to control crime. They’re doing it by allowing wrong-doers easy access to brag and gain acceptance among their peers.