FROM FAT TO FAB – FITNESS JOURNEYS OF CELEBRITIES

While the internet these days is brimming with hashtags like #LoseHateNotWeight #AcceptYourBody and #BodyPositive, putting up an article about losing weight makes you feel like a #bodyshamer (another popular hashtag these days). But there’s nothing wrong in losing weight. A year ago it was considered a good thing, right! Losing extra weight not only makes you look good but improves your health considerably. Your stamina increases, you feel more energetic and you start ditching health concerns like high blood pressure, diabetes and arthritis.

And if you are someone like Anant Ambani, who used to weigh more than 180 kgs at one point of time, you should seriously consider losing weight for a healthier life. The 21-year-old has lost a whopping 108 kilos over the time span of 18 months. Anant has been suffering from chronic asthma since his childhood. To keep the condition under control, he was advised to take heavy medication which made him gain all the excess weight. But the youngest Ambani decided to get rid of obesity last year by following a strict diet and an even stricter exercising regime.

Anant Ambani’s Weight Loss Regime – When people saw a new, transformed Anant, everyone assumed he has undergone a weight-loss surgery. But on the contrary, his transformation has been achieved by following a rigorous fitness regime that included walking a stretch of 21 kilometres every day. Since he was extremely over-weight, his body wasn’t prepared to handle exercises like cardiovascular activities right away. So he chose to walk every day as the first form of workout. When he lost the initial few kilos and his body gained some strength, he included other, more difficult forms of exercises like yoga, functional training and weight-training in his fitness regime.

Including different forms of exercises helped Anant in losing weight from different parts of his body. Also, if you are doing the same regime every day, your body stops responding after a certain point. His regime required him to workout every day for 5-6 hours and he followed it religiously. He lost an average of 6 kilos per month, which is not considered too harsh or too unnatural. It was important for him to lose weight steadily since he has a history of medical conditions and losing immunity because of a sudden weight-loss could have done more bad than good to his overall wellbeing.

Anant’s transformation is being praised by everyone. His mother is extremely happy and she finds his journey inspirational. Fitness enthusiasts like Salman Khan and Mahendra Singh Dhoni appreciated his efforts and told him to continue the hard work.

Another celebrity who recently went ‘fab from fat’ is Parineeti Chopra. We all know Parineeti used to be over-weight before entering the film industry. When she got a break in Yash Raj Films’ Ladies Vs Ricky Behl, she lost a substantial amount of weight and looked pretty good in her first film. But as she rose to fame, doing one film after the other, she started neglecting her health. Pari thought she could carry-off the tag of being a ‘curvaceous girl’ with her bindaas attitude and ‘I don’t care how I look’ approach, but she realised she’s just fooling herself.

The 27-year-old actress did 3 films in 2014 – Hasee Toh Phasee, Daawat-e-Ishq and Kill Dil. That’s a lot of work! Due to her tight schedule, she couldn’t get any time to workout or sleep, for that matter. As a result, she gained 7-8 kilos and started feeling under-confident. Pari finally decided to do something about this. She took a break from her career to concentrate on her health.

Parineeti Chopra’s Weight-Loss Regime – The first thing she did in order to get in shape was to give-up her one true love – junk food. It was apparently very difficult for the Ishaqzaade star to quit pizzas, pasta and burgers, but somehow she managed to do that. Pari finds gymming extremely boring, so she chose alternative workouts, instead. She started taking lessons in Kalaripayattu, which is an intense form of martial arts, originated in Kerala. She also started taking dance lessons to build her stamina and flexibility.

She mixed several different forms of exercises to get the body she wanted. Her day now starts with jogging, followed by meditation and an hour-long session of yoga. She started doing weight-training and cardio exercises as well to target those specific problematic areas. Besides all these activities, Parineeti also makes sure to eat right and she gives herself enough time to relax properly.

She even went to an Austrian Detox Centre for a week to boost her immune system by getting rid of all the toxins from her body. In an interview, Pari said that doctors from this centre took some tests to find out what food items are better suited for her body-type and which ones she need to avoid for maintaining a healthier body. She found that her body finds it difficult to digest milk, milk products and eggs and replacing them from her diet will considerably boost her metabolism.

Parineeti did everything she could to get back in shape and all her hard work is finally paying-off. She looks healthier, stronger and younger like never before. Her recent pictures circulating on various social media platforms show a new Parineeti, all together -more attractive looking and definitely more confident.

A Bollywood Song At Tokyo Olympics!

THE LIFE AND TIMES OF SUSHANT SINGH RAJPUT

Ayushmann Khurrana Tells How Andhadhun “Made Him as an Actor”

Australians’ call for tools to challenge sexism and disrespect answered 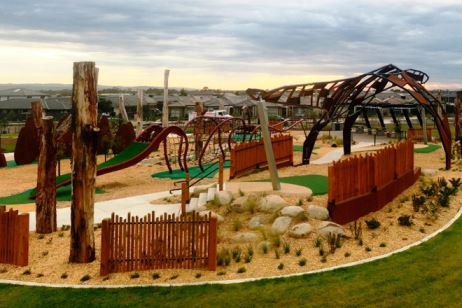 8 Best Playgrounds In Melbourne And Sydney You Should Visit

We do very little play in our lives after we begin working, and with the advent of social media and...