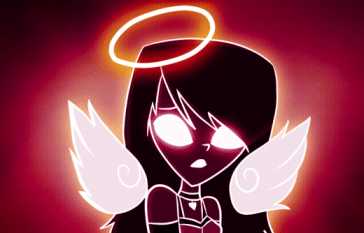 One of the first lessons we learn in our lives is that of Karma. Do unto others as you would have others do unto you. As you sow, so shall you reap. Two wrongs don’t make a right. The universe is so designed, they tell us, that good things happen to good people and bad things happen to bad people.
Then, as we grow into adults, we notice that this is not always true. Sometimes bad things do happen to good people, and at other times, good things – really good things – happen to bad people. Think of politicians, investment bankers, lawyers, gangsters – they all seem to live forever on the fence separating morality from amorality, and yet they seem to live in perpetual wealth, fame and good fortune.
So what gives? It would be nice, wouldn’t it, if we knew once and for all which way the universe is rigged?
If we asked a naturalist, of course, the answer would be no. The universe isn’t rigged at all, he would say. The universe doesn’t care about you, and most likely doesn’t even know that you exist. Both good things and bad things happen to both good people and bad people, and it is only our confirmation and hindsight biases showing up when we notice and remember certain incidents (of good people suffering or of bad people thriving) and forget the others.
A spiritualist would say that yes, there are instances of Karma forgetting her own rules and bestowing upon bad people a lot material goodness, but she compensates, he would say, by withholding from them true happiness of the soul. He would say that the millionaire gangster in his marble palace is probably suffering from regular attacks of guilt, that the launderer who swindled millions from his clients cannot sleep at night, that politicians get so drunk on power that one day they get consumed by it. The crux of the spiritualist’s argument is, therefore, that though they gain in some respects, they lose in many others.
An evolutionary biologist would say that the rules of Karma apply to the real world but only in a general sense, that the incidents which we remember where Karma failed us are merely exceptions. Social evolution has made sure that cooperation is the predominant virtue for success in human populations. Being friendly and reciprocal gives us the best chance of survival, which is why most of us exhibit those traits by default. But ironically, a predominantly cooperative society also rewards the occasional defaulter – especially in societies that are so large that people do not know each other by sight.
Our world is now byte-sized. You can communicate and transact with people in any city from any other city. This also means, unfortunately, that you could be conned by someone whom you’ve never seen. Think of computer viruses, internet scams and credit card fraud. The more connected our world has become, the it has empowered defaulters to throw the hook out into the world and reel in a catch or two.
Does that mean it pays for everyone to be a defaulter? No, according to the biologist, because the potential cost of being a defaulter is much higher. Since the aim of a defaulter is to gain at the expense of other people, the cost of getting caught and being punished becomes higher and higher with each default. The number of defaulters in a society, therefore, is constrained by this cost, which is why defaulters will always remain a tiny minority as long as we have strict laws in place.
Reality is perhaps where all these three views intersect. The naturalist’s view deserves merit up to the point that we must not expect favours from the world. The spiritualist is right in the sense that not all ‘good’ and ‘bad’ things can be measured in material terms like wealth, fame and comforts, that the definition of ‘good things’ and ‘bad things’ should be extended to include intangibles such as peace of mind, family life etc. The biologist also has a point when he says that defaulters are nothing new in either human or animal societies, that individuals who piggy-back on others have always exist, do exist, and will continue to exist into the future.
In our view, we should all take solace in another saying that our parents have brought us up with: A good deed is its own reward. All psychological research on happiness has suggested that people feel happier when they engage in altruistic behaviour. Our grandmothers were right when they asked us to help others without expecting anything back, and The Bhagavad Gita is right too when it asks you to focus on your deeds and forget about the results. In modern corporate psychology, it has come to be known as: Control the controllables.
Here’s wishing good karma to one and all.