Page 3The Idiot Box
No Comments

“Is Beauty The Beast?”

As per the Greek legends, if the nose of Helen of Troy had been a bit more curved, that would have altered history, saved thousands of lives and the carnage that happened, culminating in the Trojan Horse massacre. Boy that must have been quite a nose, good enough to launch 1000 ships! If Greek mythology is to be believed, then no wonder about Helen’s looks as she was Zeus daughter herself. Talk about the perfect nose job of divine proportions. Though it had landed her and her jealous husband in the midst of a fiery war.

Leaving Gods aside, let us talk about mortals. On second thoughts, immortals! Marilyn Monroe’s claim to fame was her beauty and that asset which helped her become one of the most famous actresses ever and intriguing figures of global fame, was also cause for her own downfall and untimely demise. Beauty attracts money and its associated trappings. Like the proverbial moths to flame, it attracts and then devours in its own fiery flames. There are so many conspiracy theories around Marilyn and her long lists of beaus with John Fitzgerald Kennedy, the then American President as Numero Uno among them. Hobnobbing with high &mighty in very high places ensured her career graph skyrocketing north. It would be severe injustice if I didn’tattribute her physical features, her aura and acting talent as part of contributing factors. So much for drop dead gorgeous looks. Unfortunately, for Marilyn it happened literally.

Elizabeth Taylor had married seven men. I don’t think that all of them married her for her acting talents. So her beauty alone helped her in courting men of repute. The list itself is daunting. Richard Burton, Conrad Hilton to name a few. The very beauty that helped her find so many famous men, itself must have been her handicap, as none of themarriages lasted. So what every woman considers a boon can be quite a bane too. I am sure Liz will vouch for this; however she is not in this world to do that.

Gabriela Sabatini has won a single Grand Slam title and so has Anna Kurnikova. Yet if you ask the tennis fans between the period of late eighties and early nineties towards the new millennium, you will find a majority of fans chanting these two names more than their much accomplished contemporaries like Steffi Graf or Monica Seles who were not as endowed in the looks department. Surely more than their skills on the court, their physical features gave these two talented girls from both sides of Atlantic, their share offame and probably the reason they couldn’t attain more titles as they spent more time on photo shoots than hitting the courts for practice. Not that I am complaining, as countless oglers of my generation will agree wistfully remembering the numerous center spreads of varied sports magazines adorned the hostel/home walls.

Why am I focusing on beauty and women only? The same set of rules applies for men folk too. No arguments about Elvis Presley that he was a great singer and has attained cult status solely by his crooning skills. Let us admit a fact. Had he been a plain looking next door neighbor kind of a guy, I sincerely doubt he will be called the King of Rock & Roll music. So more than his vocal cords, people found his looks to be appealing and thus born another cultural icon. And the same good looks ensured, a slew of girls, frenzied fans, performance anxiety and naturally, dependence own drugs and like majority of cult heroes a tragic death.Rebel without a cause star James Dean with clear cut all American handsome features was an icon of youth disillusionment. Although his tragic death in a car accident has nothing do with his looks, his physical features and thus gained fame resulted in a no privacy life under public microscope where his sexual orientation was a matter of national debate in the mid-50s.ViswanathanAnand is a champion sportsman who has ruled the kingdom of 64 squares since last two decades. But try sampling his name to today’s Generation X &Y along with SaniaMirza or JwalaGutta. You will be surprised to know that more people know the latter who are mediocre achievers who court scandals more than titles. This is by no means to imply that SaniaMirza is not a talented tennis star. I had been among a vociferous crowd supporting her in one of the Dubai Open tennis championship in early 2000. I can swear that the majority crowd (with amble mixture of Arab & Asian youth) where not there following the tennis match. If you feel my comment is a bit crude, search the Internet. Going by the statistics, (not Vital- pun intended) good looks are not conducive for a great sporting career. More than that it will bring in myriad issues and public cynosure and thus will distract from the sheer focus every sport person so critically needs to attain that pinnacle of sporting glory.

There are quite a numerous weddings happening between Indians & Pakistanis. But when SaniaMirza did, she and her Fiancé were taken to the cleaners by the media. That is the day when I understood the meaning of washing dirty linen publicly when Shoaib Malik’s ex-girlfriend produced her wedding dress with telltale stains. Even surf excel ad was not helping Sania. Clear cut case of a sport person getting trapped owing to her looks. Had she been a normal under achieving girl, she would have been spared the ordeal.

Now you tell me is Beauty guaranteeing a tragic life or at least a controversy filled one?

Trump has been nominated for the 2021 Nobel Peace Prize not once, but twice! 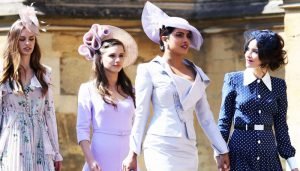 KIM KARDASHIAN’S BEAUTY TIPS FOR YOU 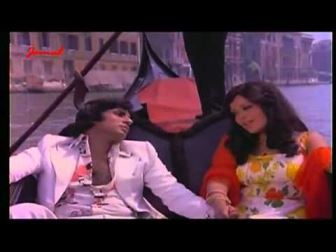 For those who think Indian movies are just about dancing around trees, practically impossible stunt sequences and badly placed subtitles,...