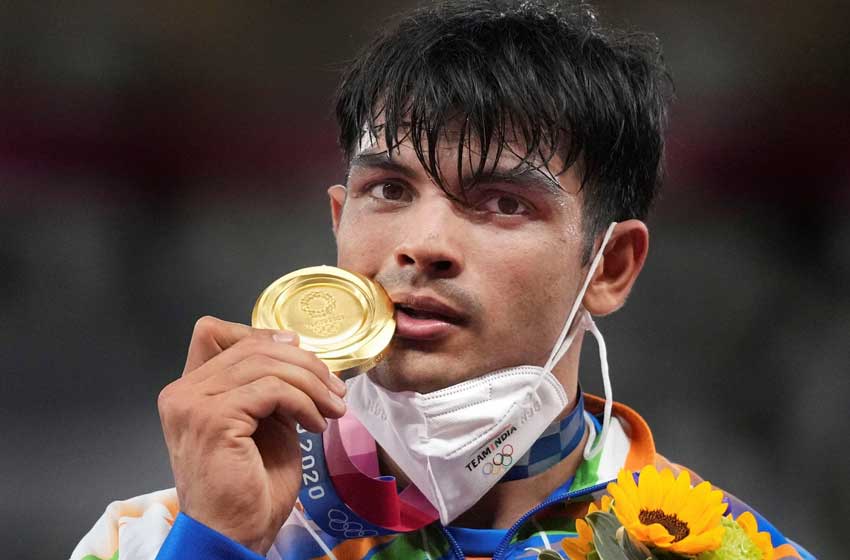 The Tokyo Summer Olympics closed on August 08th 2021, to a spectacular finale. Officially called ‘Games of the XXXII Olympiad’, they were much anticipated given their postponement due to the COVID pandemic. Eleven thousand ninety-one athletes competed in 41 different sports across 339 events, with India and Australia among the 205 participating countries. In the wake of the Games, we believe it’s time to celebrate the respective successes of these great nations.

India sent 124 athletes to Tokyo: 70 men and 54 women. This represented India’s largest-ever convoy of participants; strongly evident that India is becoming a serious contender in these modern games. The athletes competed in 18 disciplines that spanned across 69 events. The result? Heart-warming success!! Neeraj Chopra, a Junior Commissioned Officer in the Indian army, won the nation’s first-ever athletics gold medal in the men’s javelin throw. This was India’s first medal in athletics since breaking free from British rule and India’s second-ever individual gold medal. Also, India’s first silver medal in women’s weightlifting was won by Saikhom Mirabai Chanu, and Ravi Kumar won a silver in the men’s 57kg wrestling freestyle event. Lest we forget the remarkable achievements of the bronze winners, namely, P. V. Sindhu, who won bronze in the women’s badminton to become the first Indian female to win two consecutive Olympic medals. India’s men’s field hockey team also won bronze, their first Olympic medal since the 1980 games. Lastly, respect must be bestowed upon Lovlina Borgohain and Bajrang Punia, who won bronze in boxing and wrestling, respectively.

While they did not secure a medal, we should acknowledge the efforts of Aditi Ashok (women’s golf) and Deepak Punia (men’s freestyle wrestling), who both placed fourth place in the final rankings. This honour also fell upon the women’s field hockey team, who gave an inspiring performance that rivalled their best result in 1980. Lastly, credit must be given to the Indian men’s relay team that set a new Asian record in the 400m (3:00:25).

What about the Australian successes? The truth is that Australia has a solid Olympic heritage, having sent athletes to every set of games in the modern era. An achievement only shared by four other nations. The Australian contingent numbered 478 athletes across 30 sports, with their sporting prowess yielding an impressive 46 medals, coming 6th for golds (an impressive 17 earned). This tally equalled their impressive tally at Athens in 2004. While every athlete deserves mention, unfortunately, this is not feasible. However, Australia’s swimmers predominated the breakout success at the Tokyo Games, with this discipline yielding 21 of the 46 medals.

Emma McKeon‘s outstanding swimming success is demonstrated in her four gold and three bronze medals. This earned her the title of the most decorated athlete at the Tokyo Summer Olympics, an honour that ties her for the most medals won by a female in a single Olympics. First-time Olympian Kaylee McKeown enjoyed remarkable success by earning three gold and one bronze in swimming. As did Ariarne Titmus, the reigning Olympic champion in the women’s 200-metre and 400-metre freestyle, winning two gold, one silver, and one bronze. These three women earned 15 of Australia’s medals in Tokyo. A fantastic achievement. Australia’s remaining 25 medals span across 14 other sports, such as cycling (Logan Martin), rowing (relay teams), and athletics (Nicola McDermott), to name but a few.

Interestingly, these games witnessed Australia sending their highest number of indigenous athletes, 16 in total, surpassing the 12 competitors at the Sydney games in 2000. However, that was not their only first; Australia sent their highest percentage of female participants too, 53.5%. Finally, we must applaud Australia’s oldest ever participant, Mary Hanna (66), who sat on her horse, Calantha, in the dressage event.

The field hockey Women’s Quarter-Final on August 02nd may have gone relatively unnoticed. However, the game was between Australia and India. Both nations performed spectacularly, with possession being split 51% to 49% in Australia’s favour. While Australia enjoyed the lion’s share of shots on goal, 14 compared to India’s 5, the final score read 0-1 in India’s favour. This game represents the strengths and successes of both nations in Tokyo. The good news is that Paris 2024 is three years away, and these Olympics are likely to see the breaking of even more records by these two sporting greats. Only 1080 sleeps until the Olympic flame is lit at the Stade de France.