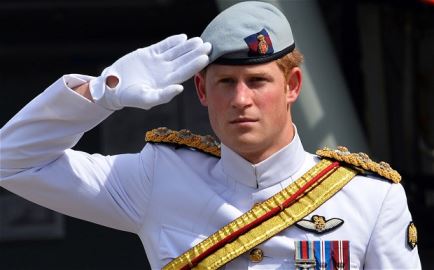 The much-hyped visit of Prince Harry to Australia, said to be his first, commenced with the royal child participating in the centenary celebrations held in Sydney. The event was celebrated to mark the arrival of the Navy at Sydney Harbour. The celebrations took place at the famous Garden Island Naval base when Prince Harry came on HMAS Leeuwin which happens to be a survey ship of the Navy. A large crowd had gathered at the naval base to greet him and cheered as soon as they saw him waving from the ship.
Every year, the International Fleet Review takes place and is thronged by close to 80 warships from a total of 17 countries around the world.
Prince Harry accompanied by Governor of Australia, Quentin Bryce, reviewed the fleet as the celebrations started with a 100-gun salute. There were a total of 8000 sailors on board 16 tall ships hailing from countries like France, China, India and USA. This year, Prince Harry represented Queen as British sent its goliath Type 45 HMS Daring which happens to be one of the largest ships of the Royal Navy fleet.
Following the review, Prince Harry got himself clicked with Australian Prime Minister Tony Abbott along with his wife Margie and two daughters.
The turnout for the event went up to a staggering 1.4 million as the spectators positioned themselves all along the harbour of Sydney to witness the gala celebrations. Some of them claimed to be there specifically to get a smile from Prince Harry himself. The event came to an end with a mesmerizing light show consisting of over 7.7 tonnes of firecrackers.