Swearing In The Name Of God

Wherever in the world you live, if you’re Indian by descent, you probably know that the biggest democratic election in the world has come to an end recently in India, and just the other day the new Prime Minister, Narendra Modi, drafted in his council of forty-five ministers. That’s about half the size of the previous government.

Now of course, nobody in their right mind will ascribe too much importance to people getting up on stage and swearing in the name of God, for how many times in the past have we not seen utter charlatans do it? But somehow, this felt different. Not only has the Bharatiya Janata Party won an absolute majority on their own – the first time this happened in Indian general election history with a non-Congress party – the men and women taking their oaths seemed a little – what’s the word? – cultured.

They all said the same things, of course, so as a viewing experience there were no thrills and chills. But if you saw the telecast and did not feel a strange kindling of hope deep inside you, that this indeed is the start of something new, then you must be heartless indeed. My mother – who hasn’t voted in a while and who has never seen a swearing in ceremony all her life – repeatedly said that the country has become free a second time.

Whether she’s right or wrong is not the point here – and indeed, we may not have the answer until five years have passed – but the important thing is that the majority of Indians feel this way. ‘Acche din aane waale hain’ (good times are around the corner) has become the catchphrase at dinner tables all over the country. It has not escaped notice that 25% of the union cabinet is now controlled by women, and for all the talk of women empowerment by the previous government, this is the highest representation of women in any union council in India’s history.

Doubts still remain, though. Secularists have long warned that putting Modi at the top will strengthen the RSS and other Hindu fundamentalist groups. Indeed, no discussion on Modi has ever begun or ended without a mention of the Gujarat riots in 2002, in which a thousand Muslims were killed. Some say he was the puppet master behind the screen. Others say he turned a blind eye and let the atrocities happen. Regardless, the Supreme Court has absolved him of all responsibility, and so have the people of Gujarat, by the looks of it. He won the Chief Minister’s post for the fourth time in a row this year. He did not even campaign. Also, of the twenty-six Lok Sabha votes that Gujarat is allocated, they gave him all twenty-six. So if the people have spoken, say Modi’s supporters, who are we to complain? After all, isn’t democracy all about respecting the majority opinion?

Whether these fears are rational or not will become clearer as more time passes. What is clear, though, and what the swearing-in ceremony of Modi’s government represented, is that change is in the air. Not only is this the first absolute majority government in thirty years, it is also the first in Indian history that was fought – and won – not on issues such as secularism and minority appeasement but on development, growth, employment and education. It is a reason to celebrate, this change, because more than anything it signifies that the Indian voter has grown up. Perhaps after all these years, we’re prepared finally to move beyond secularism and speak of good change for all.

Interesting times are ahead.

GIVING IN TO CUPID’S ARROWS

Swearing In The Name Of God 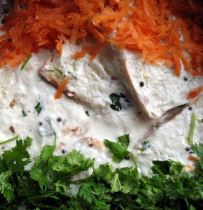 No matter how much we hanker after natural and organic food, we just cannot escape some chemicals that will find...