Doctor Henry Howard Holmes, for those who know of his cunning and brutal deeds, the very mention of his name is enough to bring jitters down the spine. During the late 19th century, this man executed vicious crimes so craftily that no one, till date, could ever find out about the exact number of lives he took. He masterminded a death trap in the form of a hotel and operated from it relentlessly. His victims were of all shapes and sizes, for all he cared about was his own amusement. Perhaps this is what continues to interest the countless authors, researchers and movie makers who get inspired by the intriguing ways of the man often known as the first serial killer in the history of America.

Born in an affluent family of New Hampshire in the year 1861, Herman Webster Mudgett who is better known as Dr. HH Holmes, had some unpleasant experiences as a child. He was the son of an alcoholic father and devout Christian mother. Though a bright kid, he was bullied in school and on one occasion was asked to touch a human skeleton as punishment. Oddly, instead of getting repulsed or scared by it, Herman discovered a strange fascination with the human anatomy and its constituents. This later developed as an obsession with all things relating to death. In early adult hood, Herman tried his luck at different kinds of fraud and theft. He would also involve his love for human carcasses in making money by stealing dead bodies from medical laboratories, altering them to make them look like they died in an accident and making false insurance claims using the same. He was also involved in real estate fraud and was better known as HH Holmes from during this time. With his bent of mind, it was obvious he would end up studying medicine and show a keen interest in the human form. He would also use the bodies of dead animals as well as humans for personal experiments and study. For a few years, he had a partner in crime who he travelled with all around America cheating people and making fortunes. A financial dispute had them part ways. It is not surprising to know that the partner as well as three of his children became Holmes’ victims soon after.

Perhaps what Dr Holmes is most renowned for is his three story bungalow in the middle of Chicago, later nick named by people as the ‘Murder Castle’. The saga began in 1885 when Holmes got a job in a drugstore managed by an elderly and ailing couple. The owner died a natural death whereas his grieving wife looked after the store. Holmes identified this as an opportunity to usurp the store and later kill its surviving owner. No one ever found out the secret behind the mysterious disappearance of the old lady. A few years down the line, Holmes bought some more plots in the same block and utilised all the space to construct a grand home with the drug store still operating on the ground floor. This building was replete with ingeniously devised murder traps. It had galleries leading to dead ends, stairways leading nowhere, basement equipped with tools of murder, hidden gas outlets inside rooms, windowless rooms, doors that were blocked by walls and confusing pathways. This horror house was fully utilised during the World Fair held in Chicago in the year 1893. The fair was a major tourist attraction for the people of America. People came here in droves and that made Holmes’ evil plans materialise with a lot of ease. He would lure his victims, mostly women, into the hotel and torture and kill them with all his imagination. The true count of the number of people that fell prey to the Murder Castle is still debated. Though he confirms to have killed 27 of them, people speculate this number to be as high as hundreds. He would sell some of these bodies to medical students and the rest would be disposed of by cremation using furnaces he had built in the basement. He would suffocate his victims in locked chambers, test different kinds of poisons on them or traumatise them to death by trapping them in this confusing maze of a house. Once inside the hotel, there was little scope for anyone else other than Holmes to leave the premises alive. He kept the upper floors where he committed most of his crimes a well-guarded secret. No one was allowed to enter these floors except those he had already planned to kill. To keep the Murder Castle and its design a secret, Holmes did not let one builder complete the whole building, instead got it made by multiple builders so that no one has the entire picture of the torturous hell it was to become.

Holmes moved out of Chicago soon after the fair ended and planned to recreate the same idea in Texas. Here again, he inherited property by taking the lives of its owners but found it unsuitable to settle down in Texas because of stricter laws. In 1894 Holmes was arrested for the first time. A few months later he was arrested again as the police grew more suspicious of him because of testimonies by people who had worked or been wronged by him in the past. He was finally convicted for the murder of his business partner and his three children to which he made a public confession. The world had been shocked by the case of Dr. HH Holmes and his confession removed any traces of doubt about all the speculations or rumours surrounding him and the entire story. He was finally hanged in 1896 in Philadelphia marking the end of a lifelong killing spree.

This man and his bizarre hobby has served as inspiration for many successful novels, movies and documentaries, all trying to figure out what went on inside the mind of the most notorious serial killer in American History. The Strange Case of HH Holmes was published by John Borowski who also went on to making a documentary film on the same subject. The most recent adaptation of his life can be seen played by Leonardo DiCaprio in the movie The Devil in the White City expected to be released next year. Based on a bestselling novel by the same name, the movie will explore the darker side of Holmes otherwise observed as a good natured man in public and the World Fair.

Without a doubt, his exploits have left us enough stories to ponder over for a few more generations to come. 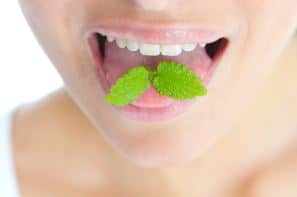 Have you ever heard from one of your friends that he/she broke up because of bad breath of the partner?...