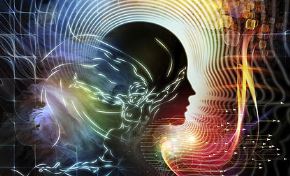 According to latest research, women’s brains have been found to be able to carry genetic disorders without any significant chances of mental illness such as autism. This gives an inside view as to why 50% more males generally have mental problems and why boys are about 4 times likelier than girls to suffer from illnesses like autism.

Under the study conducted by Prof. Evan Eichler of the University of Washington, around 15000 people who were having some form of neurodevelopment problem i.e. improper brain development were tested for CNV’s which stand for Copy number variations in which a part of chromosomes having 12 genes or more are either missing or are in the form of multiple copies. What is shocking is the fact that females were found to have more number of CNV’s than males. Hence, this finding helped explain as to why females are generally better protected from the negative effects of CNV’s. Henceforth, in women, more numbers of mutational attacks are needed to cross the borderline for a neurodevelopment problem. After this, people having Autism Spectrum Disorders were tested and here, women were found to have an even bigger problem of CNV’s.
So, the question arises as to why boys are more vulnerable to this problem. An explanation provided by Prof. Eichler is that women have 2 X chromosomes which make them genetically more powerful while men have just the one X chromosome and all mutations which are associated with it. These views have found to provide important info into the basic question of the ‘female protective component’. According to Prof. Eichler, his future research area is likely to be related specifically to people with autism spectrum illness and thousands of people likely to be tested. Hopefully, the genes centrally responsible for these problems would be found out.