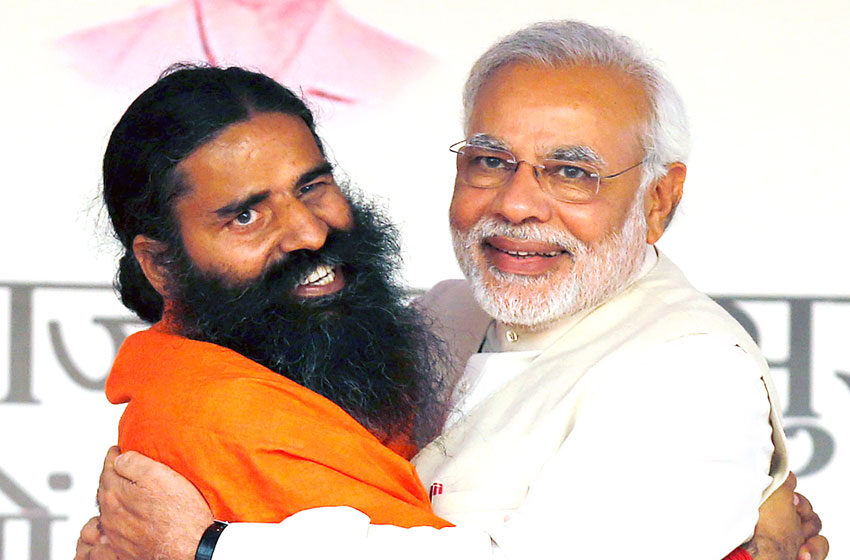 It’s not often a yoga guru is honored as a guest in Victoria’s parliament – but then again Swami Ramdev, popularly known as Baba Ramdev, isn’t your ordinary tourist traveling down under. For those who may not be familiar with one of India’s most influential people, a brief introduction is in order.

Ramdev first made headlines in April 2011 for his high-profile protests against the Indian government for corruption. But most people know him for his entrepreneurship skills and as the founder of Patanjali Ayurved, a fast-growing company that sells consumer packaged goods. It’s hard not to notice this charismatic man who wears a bright orange robe – which in Hinduism signifies renunciation of worldly pleasures – and the most disarming smile.

With an 8.1 Million-strong army of Facebook followers and a TV audience watched by 80 million fans across 157 nations, it’s easy to see why he’s considered a great influencer in the Indian sub-continent and neighbouring countries. His two-minute noodles, launched last year, joined an ever-growing list of products sold by his company that includes toiletries, beauty products and food stuff like biscuits. His Ayurvedic products have even made their way to Australia, and now you too can buy the holistic medicines online and have them delivered to your doorstep.

During his Victoria visit, MPs showered him with accolades, in recognition of his efforts to promote the well-being of mind, body and soul. Veteran Liberal MP Bruce Atkinson had this to say on his visit:
“We should never to be too busy to consider spirituality issues – and the opportunities to create a better world, by making sure that we address those relationships to other people that are so much a part of the Swami’s teachings.”
His visit was designed to promote the practice of Yoga and Ayurveda in Australia, and a plan to set up a yoga center in the Wyndham Vale suburb of Melbourne was mooted..

Ramdev has made a name out of his strong views on poverty, the environment, caste discrimination as well as the export of products to India by multinationals.
But the multimillionaire Yoga Guru isn’t without his share of controversy; for one he claims that his herbal mixtures combined with yoga can cure all manner of ailments ranging from baldness to infertility. Some of the other diseases that are said to be cured by his medicines include cancer, aids and homosexuality.
The Indian Medical Association claims to have received numerous complaints of his medicines making people sick complicating medical conditions such as diabetes and has demanded action from the Indian Government to ban some of his products.
Ramdev has also built a reputation as a hardline nationalist and was listed as a defendant in a court petition seeking to have the life imprisonment penalty for homosexuality retained. In the petition, he argued that homosexuality was a curable disease which that is treatable “with yoga, breathing exercises and chanting”.
There have also been accusations of financial impropriety levelled against him especially on money laundering.