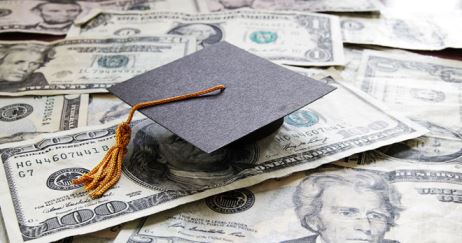 As Barrack Obama famously once said, ‘Education is the economic issue.’ He was referring to the fact that education is often the best financial investment an individual can make. But there are limits even to a good thing. Universities around Australia are currently in a bid to charge tertiary students more than present amounts to elevate at least one of the major universities to the ‘level of Standford, Harvard or Oxford’. If the professors are to be believed, Australia has the potential for universities of such cadre, and Australians must do all that is in their power to achieve that state.
That includes, of course, forking out more dough.
Australian National University vice-chancellor Ian Young says that with current fees, the quality of teaching and research is bound to be second best, and that if we’re to ever catch up to the big guys, the bottom line is that fees should go up. ‘In a perfect world,’ said Professor Young, ‘the Government would fund that.’ Professor Young is the head of a coalition comprising of eight universities that is calling for the Government to remove limits on the amount of money they can charge students.
A better model, they say, is to let the markets decide what the ‘right’ price for education is. That way, universities that are better could charge students more, and students, because they’re getting a higher quality product, will be only too happy to pay.
In short, universities are asking the Government to get out of the way.