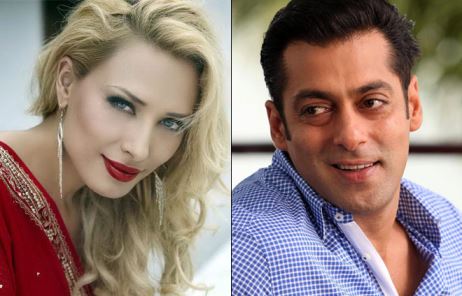 There are only two types of people in India – those who are ‘Bhai’ fans and those who are not. All his die-heart fans (we are talking about millions here!) love to have conversations about his films and more than films, his personal life. Whether it’s his controversial court cases or his rivalry with Shah Rukh Khan, Salman Khan somehow manages to be the hot topic of our discussions. Maybe that’s the reason why every time he dates a woman, media gets after his life (and his ladylove’s as well) to find out what’s cooking and it always, always comes down to this one question – “Will he get married this time?”

We were really hoping that he’ll find his soul-mate in Katrina Kaif, but alas, that didn’t work out. Now, there are speculations that Salman is all set to marry his current love – Iulia Vantur, who is a well known Romanian actress and TV personality, some time later this year. For years Salman has been dropping hints about delay in marital plans, owing to his court cases and film promotions. But since the Bombay High Court has now acquitted him of all the charges in the ‘hit and run’ case, we can expect to hear the wedding bells for real!

Salman and Iulia surely make a stunning couple and people close to them have acknowledged that they are very much in love. They have been spotted chilling together on several occasions and when ‘bhai’ recently celebrated his 50th birthday in December, she was the one everyone wanted to meet. It is also being said that Iulia spends a lot of time bonding with his family and she visits the actor regularly on the sets of Sultan. Some of the tabloids and online portals even declared that the couple has gotten engaged, but Salman’s sister Arpita rubbished these rumours by posting a tweet – “Do not believe everything you read in the papers or on different websites online. Really ya what rubbish do these people keep carrying.”

Let’s just sit back and wait till Salman makes up his mind about marriage, meanwhile let’s speculate if he does get married, will he invite SRK or not!