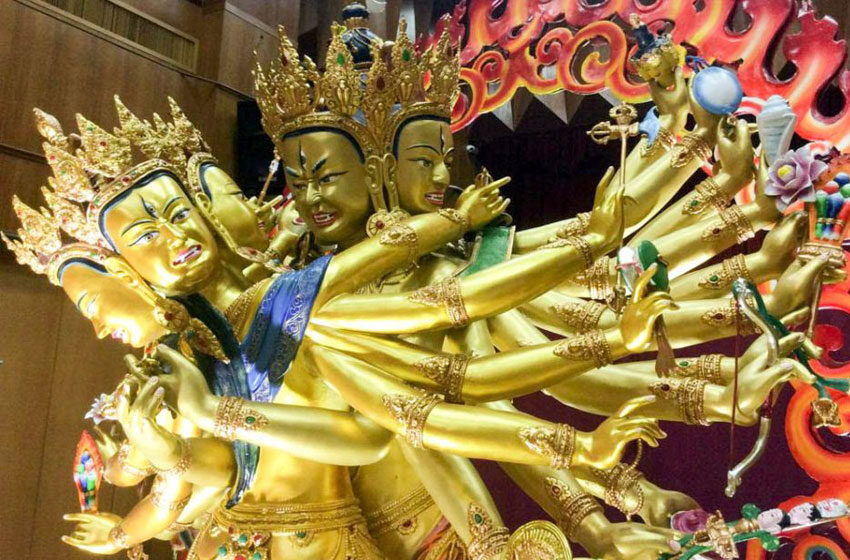 World peace may be an elusive goal, but Tibetan monk Lama Khentrul Rinpoche hasn’t given up. He has commissioned a $100,000 tantric statue in the hope it will inspire people to seek world peace. The figure is set to be unveiled in Melbourne as part of a series of events meant to introduce the public to the Kalachakra Tantra, or the “wheel of time”.

The Kalachakra Tantra is a Tibetan Buddhist teaching dating back to more than 2500 years and has been interpreted by some as prophesizing holy war. But Rinpoche is quick to explain this off as a big misunderstanding.

“It is not a holy war,” he says, “It is a transformation of our world as a golden age.”

Although it was previously hidden from the public, the Tantran statue is being unveiled to sensitise the public on its teachings so as to counter the misinformation circulating on the internet. The statue’s design is based on ancient text written by the Kalachakra deity and is meant to encourage adherents to meditate on its form and in the process achieve internal peace and interpersonal harmony.

Rinpoche, a founder of Tibetan Buddhist Rime Institute in Melbourne, decided to have the statue built when he failed to find an existing image that accurately depicted the text of the Kalachakra. The statue is quite unusual and depicts “a male and a female standing up like they are dancing.”

Donations towards the building of the statue came mostly from overseas. Once finished the metal statue is expected to weigh over 600kgs and stand 2.5meters tall.