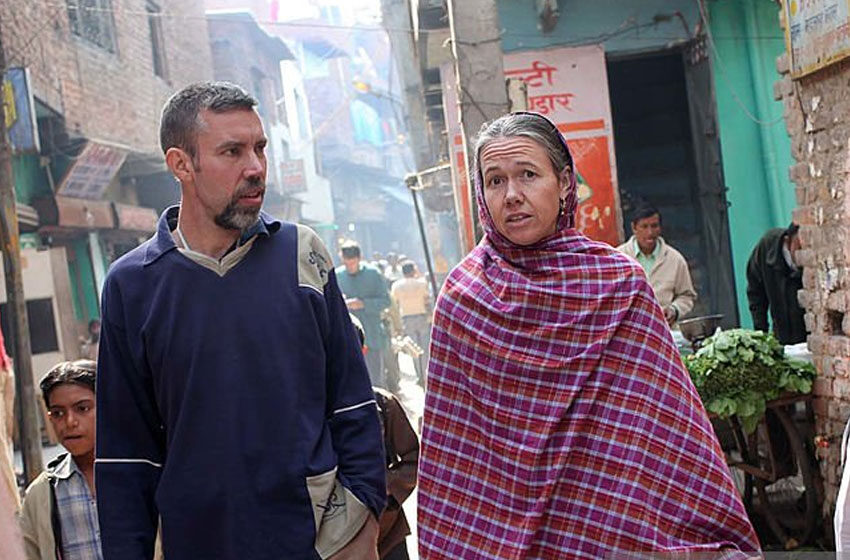 Settling in another country can be a daunting task. Settling in India, in particular, can be nerve wrecking. As of 2016, there are almost 3000-4000 Australians living in India. So, what does India do to them? Does it make or break their identity? Do they ever fit in or are they constantly pinned as misfits? Do they thrive or wither? We bring to you five heartfelt stories of Australians who call India home now. Together, let’s find out how India enticed them out of their comfort zones!

Sharell Cook is a writer and author whose stint with India started in 2005, when she left behind her accounting job in Melbourne for community work. Initially, what looked like just a passing affair is now a full-grown relationship with India and everything that it stands for. She got married to an Indian DJ, is settled in Mumbai, and travels a lot. She was rightly named as one of the Top 10 Global Stories of Reinvention by American expert Steve Olsher in 2013.

Catherine is an expat who claims to be in a love-hate relationship with India. Her experiences there have helped her to grow a thicker skin in the face of adversities while building her strong, fierce, and independent persona. Why does she hate India? For a long list of things like injustice, corruption, poverty, environmental abuse, etc. Why is she in love with India? She says India accepts her the way she is!

His story in India has definitely been one of the most colourful so far. He authored his memoir “The Boatman” in 2014. Being a homosexual, he has constantly been on a journey of self-discovery. From an apparently liberal world of Australia, who would have thought that he would find his identity in the conservative lanes of Mumbai. If one was looking for a gay icon in this category, John Burbidge would fit in perfectly!

Theirs is a twisted riches-to-rags story for they find the tough life of a slum better than a comfortable home in Australia. Being in India for over 13 years has liberated Mark and Cathy spiritually. They live with their two sons in a small room. With minimum materialistic comfort to fall back on, they do have an undying, never-ending spirit to do good for the mankind. They have built a space that doesn’t allow them to worry about possessions or money.

Lona is more Hyderabadi than she is Australian. India awakened her passion for art and photography. She developed an appreciation for Moghul miniatures and Raja Deen Dayal’s art that led her to create her own unique format for pictures. She is one of the few who portrayed India in a positive light. Two solo and 20 combined shows later, Lona has a huge fan following in the country and beyond. Does she want to boomerang to India? Oh, YES!!