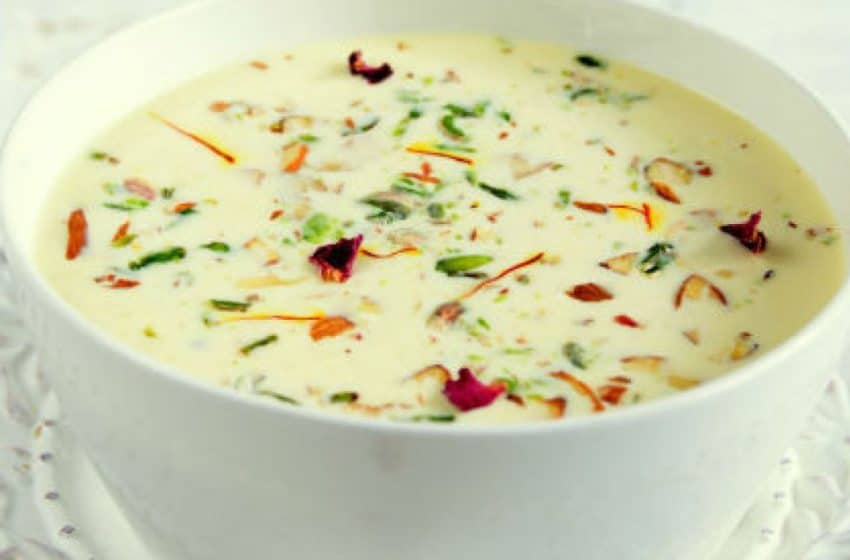 Indians love good, but more than food, we love sweets and desserts. No Indian meal is truly finished without a generous serving of some kind of sweet. In this article, we give you a quick lowdown on the most popular sweets of India, and a short recipe on how to make each of them. Just don’t binge on these, okay?
You probably know by now that Indians are big foodies, and what comes with that territory is a deep-rooted, unassailable love for dessert. Indian sweets are the stuff of legend. They’re such an ingrained part of the culture that most religious offerings to gods have sweets in them. So if you have a sweet tooth, we promise that this piece – in which we profile five of our favorite Indian sweets – will have your mouth watering in no time.

Trust us when we say that we’ve never met any Indian who dislikes gulab jamuns. Yes, there are a few weird souls who are ambivalent to the idea, but they’re few and far in between compared to those who will throw their tongues open and salivate at the very mention of the sweets. You get readymade gulab jamun mixes in supermarkets, which are made of khoya and flour. All you do is make balls out of them and add them to a bowl of sugar syrup which has been seasoned with saffron. Deep fry in oil and serve hot.

Perhaps the second most popularly known of Indian desserts, gajar halwa combines great taste with nutrition, because it’s made of grated carrot after all. There is also green cardamom, cinnamon, sugar, desi ghee and a splash of condensed milk. Garnishing with dry fruit will add a crunchy texture to the soft dish. Many versions of gajar halwa makes use of split semi-roasted cashew, but you can use almonds and pistachios as well.

The Eastern Indian state of West Bengal – and its capital city, Kolkata – is considered a haven for sweet lovers, and Sandesh is their signature dish. It’s made with paneer and khoya as base, with sugar or jaggery acting as sweetening agent. Mix these thoroughly together in a blender or you can mash them together manually. Set them up in half-inch layers, refrigerate until they set, and serve in diamond-shaped or square pieces. You can use cardamom and saffron for flavoring.

Considered the favorite food of Ganesh, the elephant-headed god, modaks flood the streets and houses of India during Ganesh Chaturthi, the festival celebrating the god’s birth. These are sweet flour dumplings stuffed with coconut, jaggery, nutmeg, and saffron. You first prepare the filling by cooking the aforementioned ingredients together on a hot pan. Then you make the dough with flour, a bit of salt and then some ghee to give it a soft texture. You take small balls of this dough, flatten it, seal a bit of filling in each one, and steam it before serving.

The South Indian version of kheer is called payasam, and it’s one of the most common desserts served in family gatherings and auspicious social occasions like weddings. It’s a rice pudding served with milk. You simply cook the rice in milk until it becomes soft, over a low flame so that a creamy texture appears in the mixture. Add sugar and semi-roasted cashew nuts and stir for fifteen minutes or so. You’re looking for a nice fluffy shape to the rice grains at spots which you can stop and serve as a delicious post-meal dessert.