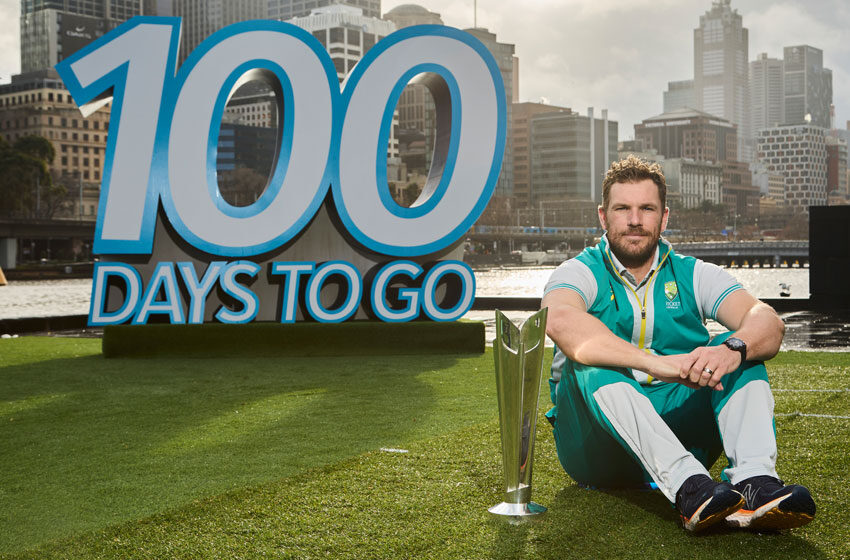 The countdown to ‘The Big Time’ has officially begun with Melbourne’s iconic Yarra River the backdrop for a city centre cricketing arena created to celebrate 100-days-to-go until Australia hosts the ICC Men’s T20 World Cup for the first time.

The Trophy Tour is set to visit 35 locations in 13 countries across four continents, more than ever before. The Men’s T20 World Cup trophy will make stops in Fiji, Finland, Germany, Ghana, Indonesia, Japan, Namibia, Nepal, Singapore and Vanuatu for the first time, taking the sport to more fans in different countries to get a glimpse of T20 cricket’s ultimate prize. The trophy will also visit 21 locations across all eight Australian State and Territories.

The Trophy Tour that is designed for anyone, anywhere at any time will enable fans to get involved from home with a 3D augmented reality filter, housed on the official T20 World Cup Facebook and Instagram channels. Fans are encouraged to get creative and show the world where you play cricket using the trophy filter. The best of the fan-generated images will be celebrated weekly and a lucky few will be rewarded with ICC Men’s T20 World Cup themed prizes.

Beginning in Melbourne and circling the globe, the Trophy Tour will make its final stop in Geelong on 16 October for the opening match of the ICC Men’s T20 World Cup 2022 between 2014 Champions Sri Lanka and Namibia.

Over 800,000 fans are anticipated to attend the ICC Men’s T20 World Cup 2022 with additional tickets to all matches released today, with the exception of the India and Pakistan match on October 23. General allocation of tickets for this fixture were sold out within five minutes of going on public sale in February. Should more tickets become available for the fixture they will be released at a later date.

Australian men’s captain Aaron Finch said: “It’s an exciting time for cricket with so many world class teams coming out to play all around the country. Now that there’s just 100 days to go, you can feel the excitement building among the team about the prospect of playing in a home World Cup in front of our fans.

“In a World Cup every game is a tough game, and anyone can beat anyone on their day so the white ball cricket we’ve got coming up over the next couple of months is going to be crucial to make sure we are ready come the first ball of the World Cup in October.”

ICC Chief Executive Geoff Allardice said: “With just 100 days to go until the start of the ICC Men’s T20 World Cup there is a real sense of excitement ahead of the 16 teams coming together in Australia to compete for the ultimate prize in T20 cricket.

“Celebrating the start of the ICC Men’s T20 World Cup Trophy Tour, driven by Nissan, is another important milestone in taking the Trophy to ten countries for the first time ever, once again showing our commitment to using the T20 format as a vehicle to grow the game and to engage new fans across the world.”

ICC Men’s T20 World Cup Trophy Tour, driven by Nissan, ambassador Shane Watson said: “As a player, there’s few things that can top playing in a home World Cup and I can’t wait to see the world’s best T20 players on the fast bouncy pitches in Australia. It’s going to be an incredible spectacle.

“Leading up to the event, I’m also looking forward to taking the T20 World Cup trophy around our beautiful country to give fans the opportunity to be part of this massive cricket celebration.”

Nissan Australia Managing Director, Adam Paterson said: “With 100 days until the first ball of the World Cup, Nissan is gearing up for a spectacular event across the country. We are proud to continue to play an important role in driving excitement and innovation, supporting the ICC Men’s T20 World Cup Trophy Tour, driven by Nissan, with Nissan Ambassadors, Mel Jones and Mitchell Johnson behind the wheel.” 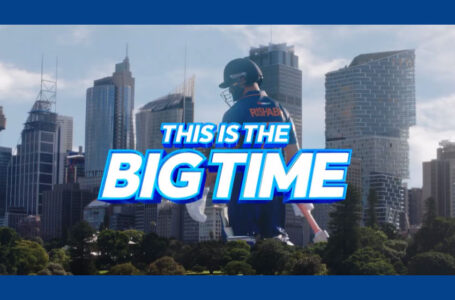