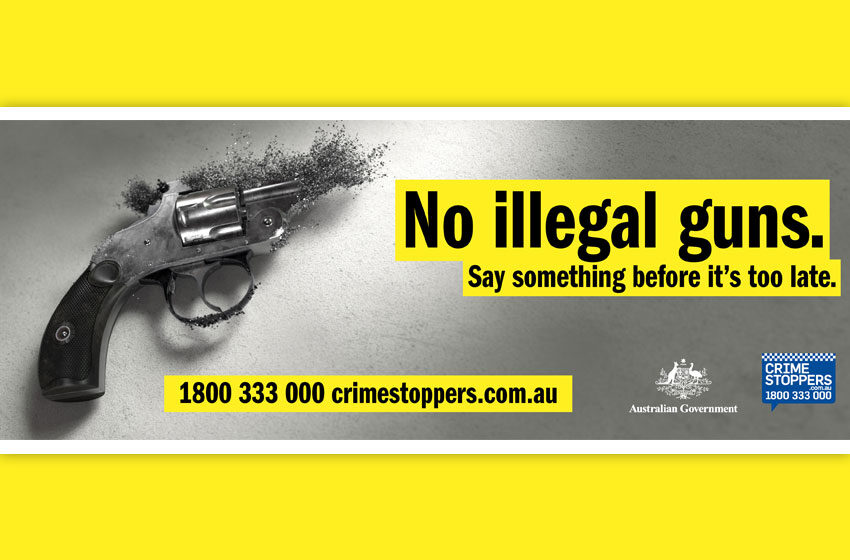 Crime Stoppers Victoria and Victoria Police are working together to help to make Victoria safer, by encouraging the community to share information about illegal guns and hand over any they may have in their possession.

Last year, there were almost 2500 firearms-related incidents across the state.

Over the past nine months since Australia’s first permanent National Firearms Amnesty was launched, there have been over 13,000 guns surrendered across Australia. Still there is more that needs to be done with over an estimated 260,000 remaining in circulation.

“If you own an unregistered gun, now is the time to hand it in before someone reports you. There is no excuse,” Ms Smith said. “How would you feel if a gun that was once in your possession was used to hurt another person?”

“Since July we have received 1354 firearms reports to Crime Stoppers Victoria. This shows many Victorians trust Crime Stoppers to keep their information secure, so you should too. Speaking up could save someone’s life, including your own.” Ms Smith said.

“It’s just not worth the risk,” Acting Inspector Guthrie said.

“If you are in possession of an illegal firearm, you can now surrender it to police or licensed firearms dealer without penalty under Victoria’s permanent amnesty.”

Representatives from Crime Stoppers Victoria and Victoria Police have been out across the state raising awareness about the danger illicit firearms pose to the community, and will continue to do so in the coming weeks.

Anyone with information about an illegal gun is urged to make a report to Crime Stoppers. You can choose to remain anonymous and all reports are taken seriously.

You can share what you know about illegal guns with Crime Stoppers on 1800 333 000 or at crimestoppersvic.com.au