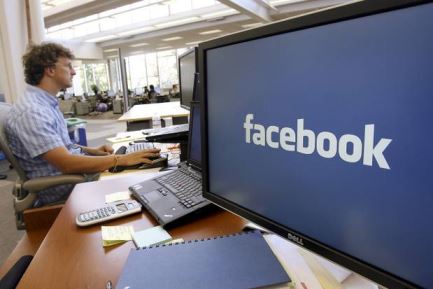 In the middle of a work meeting last week, my boss’s phone beeped. “Sorry, I have to take this,” he said, reaching into his pocket and looking quite serious. The rest of us waited and exchanged worried glances. On getting back, he sat down and said, “My son posted pictures of his dance performance on Facebook. He won’t speak to me if I don’t like his stuff immediately after he posts something.”
The funny bit was not that, but how we all shrugged and moved on as if it was the most natural thing. We don’t even notice it any more when Facebook intrudes into our world. The Facebook update is today’s version of what a phone call used to be. If you got one you have to attend to, you go ahead and do it. No apologies required.
But the problem is that there are so many of them. I don’t count myself as a regular Facebook user, but even I get anything between twenty to thirty Facebook updates an hour. The only way I can keep up with all of them is to dedicate a tab on my browser entirely to Facebook. You know what I mean. You’re at work, diligently doing the task that you were assigned. Every ten minutes or so, the itch comes upon you. You hit ctrl-tab, switch to Facebook, and you do a quick scroll down to see what has come in since you visited it last. You like a few updates, comment on a few, share a few others. Then you hit ctrl-tab again, back to work, as if nothing had happened.
Which is precisely the issue, employers say. For about 12.5% of the time on average, apparently, workers are ‘doing nothing’ on websites such as Facebook. An American study found that nearly 77% of workers who have a Facebook account use it during work hours, and ‘some’ of these workers use it for as much as two hours a day. So more and more companies are now looking at restricting social media and personal email during work hours. May not be long before your firm follows suit.
There is some hope, though, that things may not be all bad. Some studies suggest that Facebook and personal browsing serve as short bouts of play which rejuvenate our work days. One of these studies, undertaken by corporate wellness site Keas.com, divided workers into three groups: one that was allowed no breaks, one that was allowed breaks but no internet, and the third which was allowed to use the internet and Facebook. They found that the first group was the least productive of all, the second group was 16% more productive, and the third was 40% more productive. There may be some truth to the adage, then, that all work and no play makes us dull.
While baby boomers are yet to come to terms with Facebook and the ethical dilemmas that arise from using it at work for personal reasons, Generation Y doesn’t seem to be affected by any such qualms. In studies, members belonging to Generation Y have always responded that they consider social media and Facebook more as a right than a privilege, and therefore feel no guilt about using it at work.
But keeping the ethical angle aside, the argument of whether Facebook helps or hinders productivity is still hot. Studies that accuse social media of reducing productivity assume that the time spent on them is time wasted. But recent research into creativity and psychology asks the question of whether the human brain could be broken down by logic in that fashion. Creative researchers claim that we need periodic breaks to relieve our conscious minds of the pressure to perform, thereby seeing an issue through fresh eyes. They call this process – of taking a break from a problem so as to attack it later with renewed vigour from a different angle – incubation.
When I told this to my boss – the same one who broke away from a meeting to like his son’s pictures – he looked at me for a minute to see if I was joking. When I kept a straight face he nodded tightly and said: “Of course. Of course. That’s what I was doing. Incubating.”
So now you know what to say to your boss when he walks past your desk and asks you to get off Facebook. Good luck on keeping your job, though.