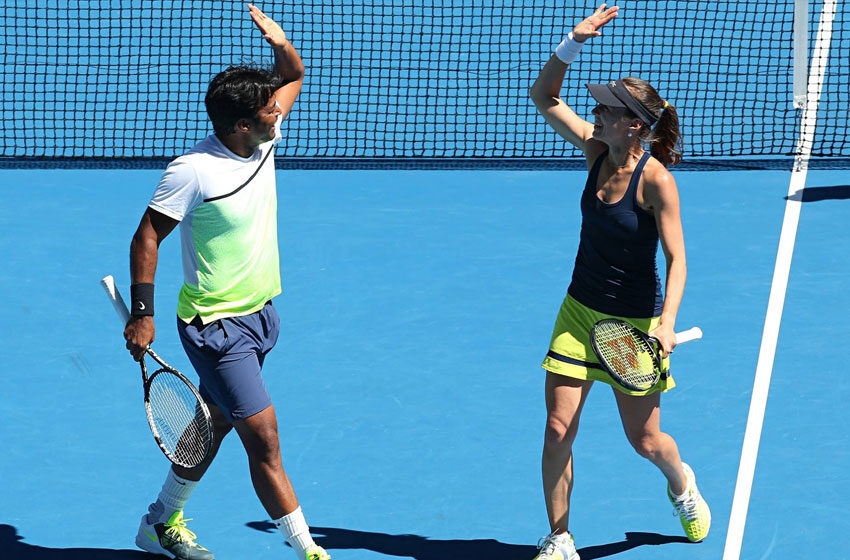 Leander Paes, a veteran of the doubles tennis circuit, and legend Martina Hingis, recently paired up to win their first Grand Slam title together at the Australian Open. We give you a quick summary of their careers, both as individual players and as a team.

For Leander Paes, life became a full circle. After playing years on the mixed doubles circuit with tennis legend Martina Navratilova, last year he joined the much younger ‘Swiss Miss’, Martina Hingis, who incidentally was named after Navratilova. And just to drive home the point, Paes and Hingis won their first-ever Grand Slam title together this year at the Australian Open.

Paes himself is a veteran of the circuit now, contesting his 25th season on the ATP World Tour, and together with Hingis, they defeated the defending champions Daniel Nestor and Kristina Mladenovic in straight sets without breaking a sweat.

It was Paes’s 16th career Grand Slam title overall, whereas for Hingis it was her 15th. Hingis also has five singles Grand Slam titles, after breaking into the tennis world in 1997 by winning her first singles Major at the age of 16 years and 3 months.

Predictably, both Paes and Hingis enjoy playing with each other. ‘It’s a great honour to keep coming back to Australia. It’s a treat to play with Martina. I finally managed to learn some things from her returns and returned half-decently today. It’s intriguing,’ Paes said. He also made it a point to thank all of his backroom staff for being the invisible cart-pushers.

Hingis, who has seven Australian Open trophies including three singles titles in her glittering career, joked, ‘Martina (Navratilova) – thank you for lending me Leander!’ as Navratilova who watched the match from the stands smiled.

Talking about Leander and her relationship with him, she said that the most important emotion between doubles partners in tennis is trust and that she and Leander trust one another implicitly, and that makes growing together easier.