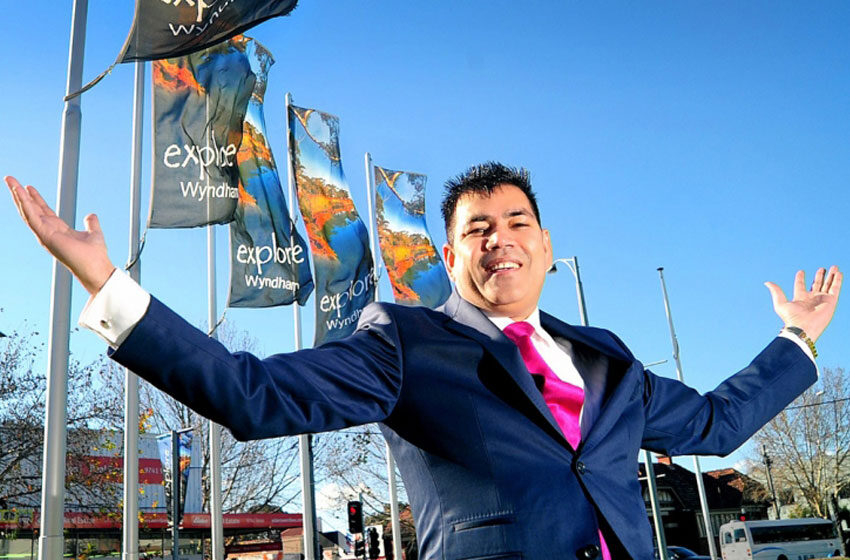 With 95 people vying for 11 council seats in Wyndham, and with 41 candidates battling for four available seats in Harrison ward, Intaj Khan had to bring out his A-game to get re-elected for a second term as councillor. And he did. The article tells you a little more about how he achieved this remarkable feat.

When Intaj Khan came to Australia in 1998, little did he expect to accumulate a fortune of 70 million dollars by 2016. He probably never expected to enter politics either, leave alone winning the councillor seat for Wyndham on two consecutive occasions.

But right now, he has done exactly that.

The fortune came in real estate and a private training college, but the political success came, he says, purely due to people’s love and support. Especially this year, when Wyndham saw perhaps the most tightly contested elections in its history, with 95 people vying for 11 council seats, ground game and performance record became very important for Intaj, and he came out trumps on both counts.

Intaj contested from Harrison ward, where 41 candidates were battling for four available spots.

He admitted that he has spent over $100,000 on his campaign, personally writing to every single person in the ward and sending more than 56,000 flyers by post to prospective voters. He expressed delight at the victory and admitted that he was humbled by a chance to serve the community for another term, but he also said he was disappointed that no other Indian-origin candidate was elected across the state in this year’s elections.

His path to the candidacy has not been a smooth one. Allegations of racism and failure to declare his property and other financial assets has been raised as an issue during the race, but the voters have shown faith in the person often dubbed as the richest councillor in West Melbourne.

Intaj Khan brushes away these things with typical nonchalance. ‘I forgot to declare one property in 2014,’ he said. ‘Why a big fuss? It’s not a crime. Yes, I’ve made a mistake, so punish me. If I crossed a red light, fine me. But don’t stop me from running.’

In addition, he also expressed disappointment at the racism card that has been played on him during the election run. ‘I am extremely upset with the racism card,’ he said. ‘They wanted me to lose focus. Two of the candidates used their links in the media to mislead a section of the community. But I am glad the mandate is out and I have emerged a winner with people’s support.’

We wish Mr. Khan all the best in his second term as Wyndham’s councillor.