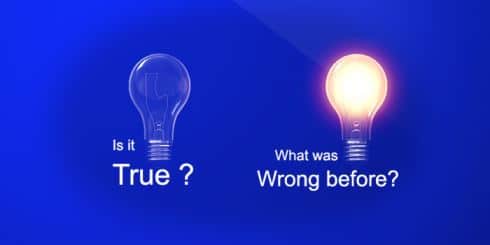 Don’t you just hate a know-it-all? Funnier is when someone pretends to be one and mouths a commonly held urban myth with all the confidence of a dancing peacock. Here we list some of our favourite misconceptions so that you can shut the speaker up if you hear them repeated somewhere.

He’s known as the world’s shortest leader, measuring at just five foot, two inches. But very few people know that this measurement refers to French feet, which in English terms is a very respectable (though not overly tall) five foot seven inches. That’s taller than the average Frenchman of his time, so it’s not very likely that the monarch suffered from inferiority complex on account of his height.

Life expectancy in the middle ages

Have you not heard it being said that life expectancy in the middle ages was a paltry thirty years? When informed of this statistic, you could be forgiven for thinking that many lives were cut down in the prime of their youth, but that is not quite how it really was. The life expectancy figure was pulled down significantly due to the large rate of infant deaths. So if you did not die as an infant, you had a reasonable chance of making it to old age, just like today. According to some studies, a 21-year-old in Medieval England could expect to die at an average age of sixty-four.

The Great Wall of China

Could it be that the one most often repeated claim about China’s Great Wall – that it is visible from the moon – is wrong? Yes, it could be, and it is. None of the Apollo astronauts reported seeing any human-made object from the moon, and even earth-orbiting astronauts have trouble seeing the Great Wall from their satellites. Shuttle astronaut Jay Apt famously said once that the Great Wall is almost invisible from as little as 180 kilometres up. We’re not sure who feeds this myth, but it has got to stop.

Evolution is just a theory

The theory of evolution, in spite of the word ‘theory’ being present, is not ‘just a theory’ because in scientific terms, the word ‘theory’ means a set of principles that explains observable phenomena in natural terms. Scientific fact and scientific theory, therefore, are not categorically separable. So evolution is ‘just a theory’ just like germ theory and the theory of gravitation are ‘just theories’.