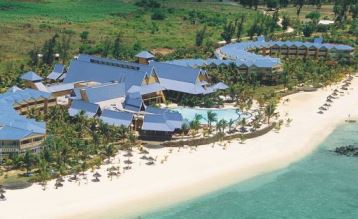 The island of Mauritius is situated in the Indian Ocean, to the East of Madagascar and to the Southwest of India and Sri Lanka. With a total area of 2000 square kilometres and a population of just over a million, it is one of the smallest countries in the world. But because of its stable democracy and positive human rights record, it gets considerable interest from foreign investors, and because it’s a beautiful island, it gets a considerable number of tourists every year.
Here are a few spots to see when you head out for your own Mauritian adventure.
Grand Bay
This is Mauritian Party Central, and here’s where you will find all the happening stores, discos, restaurants and bars. It contains the best hotels in Mauritius too, so if you’re looking for a place to stay, look no further than Grand Bay. And while you’re there, make sure to check out La Cuvette beach.
The SSR Botanical Garden
If you wish to educate yourself about the native plants of Mauritius, this is the place to go. The SSR Botanical Garden is the oldest botanical garden in the Southern Hemisphere and covers an area of 37 hectares. It also houses several animals, and is especially popular for its tortoises, deer and fish.
Flacq market
In the eastern part of the island, the inhabitants traditionally meet at a point called the Flacq market, which is the country’s largest open air market. Here you will find everything from garments to collectibles to snacks and shoes.
Ile aux Cerfs
You cannot afford to miss this tiny island if you’re into water sports, and it also contains arguably the most beautiful beach in the country. Be warned, though, that the only bar and restaurant on the island will fleece you, so if you’re price conscious, make sure your bag is filled with food and drink from the mainland.
Blue Bay
Here you will find the bluest water and the whitest sand you’ve ever seen in your life. Part of Blue Bay has been designated a marine park, so be sure to go snorkelling and swim among the starfish. This is an extremely popular location, so time your visit so that you don’t hit the crowd – unless that is what you want.
Domaine du Chasseur
This is the best destination in Mauritius for nature and animal lovers. Set among the Anse Jonchee hills, this hotel has hunting grounds covering an area of 900 hectares. Stags, monkeys, boars, and a wide variety of endangered birds live amidst the hills, and after your date with nature, you can retire to their restaurant which has a panoramic sea view. Not a bad way to put your feet up, we think.
Yemen
Yemen Reserve, located in the West of the country, offers an African-style safari where you can get close to the herds of deer and take in some sights of splendid native Mauritian animals. Kick back at the end of the day in one of the kiosks at the reserve which opens out onto the sea, sipping on some punch and watching the sunset.
Tamarin Beach
White sands, crystal clear water, a surfer’s paradise, dolphin pod – need we say more? Go there and find out why this beach is regularly voted at the top by luxury magazines.
Activities
Mauritius has something for everybody. It combines beaches and water sports with raw, earthy activities such as safaris and hiking. So whether you want to scuba dive, sky dive, swim, horse race, water ski, rock climb, or just drive around in a jeep as cheetah and lions look on, Mauritius will cover it for you. Take it from us; anything that you could possibly want to do on a holiday, you can do it in Mauritius.
What to eat
There is no one flavour or cuisine that is typical of Mauritius, but it has picked up flavours from France, India, China and Africa, the best-known and appreciated cuisines of the world. The staple diet is either a paratha or rice, and the favoured accompanying dishes are dal, vegetables, beans and pickles. Biryani of the Mughal type is also found widely around the island, and it is served with meat mixed with spiced rice and potatoes.
If you’re struggling to choose between the various dishes and restaurants on the street, do what we do and join the longest queue: it is probably the longest for a reason.
When to visit
This depends on what you want to do, but December to February is the hottest period of the year while the driest month is October. June to August are the coldest months. For most tourists, we recommend early summers so that you have enough energy to take in all that Mauritius offers.