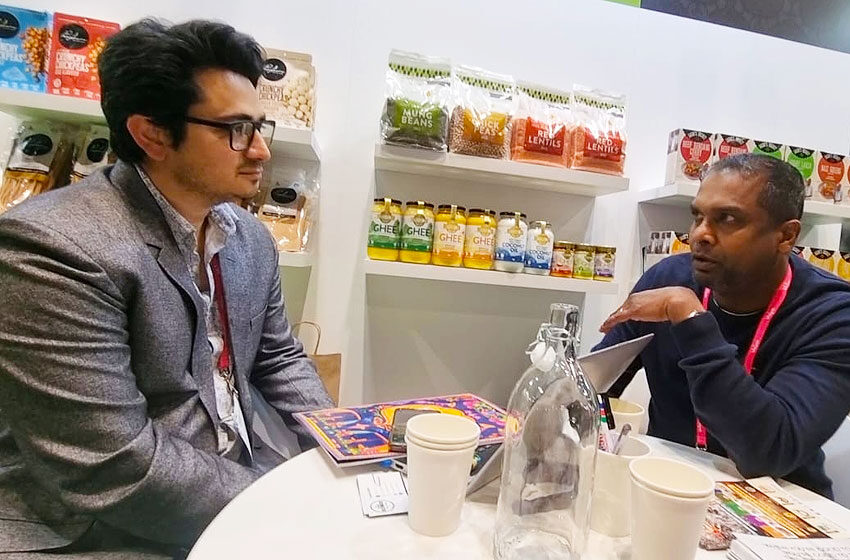 Tell me how you started with your new venture and why you are launching in the specific areas?

The new brand Pandan club actually started before COVID right after I launched my flagship restaurant Gaja in Adelaide. We were looking at multiple locations, but obviously, COVID came in and just put a pause in all our plants right, in expanding Gaja. When the travel restrictions were lifted, the team with whom we were planning to do the gradual expansion thought of going into the global market.

Hence, we evolved from Gaja to Pandan Club; we kept Gaja, for the Australian base exclusively. So if I’m going to expand any other restaurants in Australia, that will be Gaja but anything that if it is going to be out of Australia globally, it will be Pandan Club. Also, the cuisine in both restaurants is slightly different from each other.

Could you tell us something about your packaged products- ”Sashi’s Secret”?

Right after winning MasterChef season 10, many people suggested me to open a restaurant. Although I can open restaurants every year, I wanted to make something that people can find everywhere. But this product can go anywhere. So I collaborated with Katoomba and came up with Sashi’s Secret.

It has been two years now the products can be found pretty much across all of Australia with Woolworths. Also, you can get them in most retail outlets or speciality retail outlets, like IGA or Romeo’s food line. We are trying to expand this even further this year and hopefully, we can go into other retail outlets and overseas as well.

What is the best and the worst feedback?

It is very similar to going to a restaurant. You can’t satisfy 100% of the customers. Everybody has a different palate, so 90 percent or even more would give good feedback on the products or the food. At the same, time, there will be one or two people that might not like it. Especially shrimp paste there is some shrimp paste in for example fried rice. We have good Hizam Indonesian base products, right? So you need to have the shrimp page. You need to have the jam monies to give that nice colour and flavour. And if people don’t like shrimp paste they won’t enjoy that flavour. It’s like durian or blue cheese. If you don’t like them? You don’t enjoy them. But having said that, there is another big spectrum of people who loves those sort of authenticity so we can cater to that 90-odd percent.

At the moment, is your involvement purely from a creation slash creative perspective? Or are you looking after the sales, volumes and all other aspects as well?

No, I’m not focusing on the sales or volume, I’m more on the creative side. The recipes are done by me and conduct the recipe testings. I’m involved in design and packaging, marketing, and social media. Basically, I do what I’m good at and there is a team of professionals who looks after other particular aspects.

What kind of consumer base do you have at the moment? Are your customers generally Aussies or do you see people with multicultural identities taking interest in your food? Also, have you seen a shift in your customer base?

Do you have a specific plan of action wherein you decide that you have to create more? For example, I’ve got to launch this or next year we’ll launch that.

Initially, when we launched this product we had a lot more clients in line. But after COVID, things have changed a bit. So, we are moving more into condiments and we are looking into launching condiments and spice drugs for barbecues for grubs. Therefore we’re also looking into more local Australian-based products because the two years of COVID have taught us a lot of things.

We have also learned that moving forward and being local is very crucial. I think that is going to churn the economy much better. And we are in a position now to get back what we have lost. So we need to make sure all the other businesses grow together.

My last question- There are some products like aniseed or cloves, for example. You can’t grow them in Australia. Like you can but it’s new. It’s not a sale. So, are we actually looking at trying to figure out how we can grow these ingredients in Australia?

I’m not sure about it, but looking at the other things like Southeast Asian aromatics like lemongrass. pandan leaves all are done locally now. You can get them in Queensland and Darwin. And I know there are some spices that can be developed here. But another thing that I want people to understand is local native ingredients. They have a very strong flavour profiling with our Indian spices.

For instance, the modern peppers, taste literally like papers we have then wattle seeds they are also very good like thickening ingredients Garam Masala. Whereas, desert lime is similar to tamarind that we use in our food. So there are a lot of similarities in our native ingredients, which we can substitute with our spices. So that is something that I’m doing at the moment. Not on a product level but more on the recipe curation level.

And people are appreciating local native products at a moment. So, but the sad thing is, it’s not cost-effective at the moment for the general public. So once that comes, effective, and easy to purchase. I think a lot more people will buy.