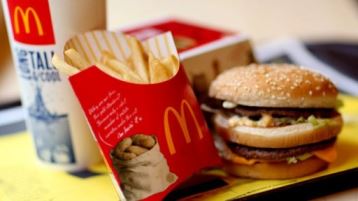 The latest news feed tells us that McDonald’s Australia is all set to dump its partnership with Heinz Ketchup due to a scuffle with rival burger chain. It all started this February when 3G Capital bought Heinz Ketchup at a staggering price of $28 billion. 3G Capital presently owns Burger King which happens to be a fierce rival of McDonald’s. McDonald’s Australia spokesperson appeared before the media and announced that the fast food chain is now looking forward to a partnership with a new Ketchup manufacturing company.
Over the past few weeks, numerous new iTunes cards have entered the market carrying different values with them. Good news is that iTunes will not be cutting off 20% of the cost of its cards and this comes as delightful news to all iTunes users. But this offer is valid only till 3rd November, 2013 after which the rates will go back to what they were before. Apple users are always eager to have discounts on iTunes cards and this scheme will certainly generate a good response.
Cosplay is becoming a rage amongst gamers lately as people can enact their favourite game characters. But enacting actual screenshots is no child’s play and this requires lots of practice. In order to get a better idea about Cosplay, you can check out Kotaku and play Bio-Shock. Over the past few years, the concept of Cosplay has been introduced in major gaming consoles all over the world and the rage is picking up especially amongst those who have a penchant for First-person-shooter games.