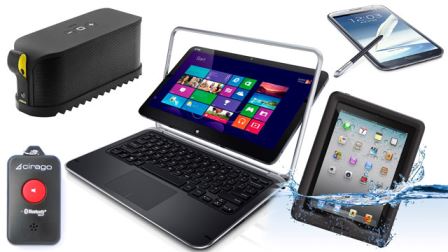 With the boom in technology, touchscreen and swiping across phone screens is a mere technicality now. Latest gadgets are so advanced that one cannot imagine what other technology man has brought their way this year. Some of these new technology gadgets are:
1. The smart-home
Living in the 21st century, all of us at home have collected a hoard of cool gadgets at home, and their interconnectivity has become a major issue. In 2015, the Internet of things will be applicable in a large domestic way, thus connecting our smart phones to our home gadgets, making our home a sharp, smart home.
2. Mobile payments
With the rage in technological advances, it is not uncommon paying via smartphone mobiles and other cool gadgets. But in 2015 these services will be able to grab headlines and would give ground to the launch of Apple Pay. Zapp for Android and EE’s cash on tap services are expected to be launched this year and are busy laying foundations for easier transactions.
3. Better 3D printing
Just recently, the International Space station was fitted with a 3D printed spanner. This feat will help boost the 3D printing technology into a rapid pace. Maybe buying a 3D printer for the home won’t be feasible but these services will become widespread and accessible.
4.Super drones
2015 undoubtedly will be the year of the drones. They will now be spotted more easily being controlled by their owners even over local parks. The practicality of this application and the gadget insurance is still being discussed, but will surely become a larger part of our lives.
5. Virtual reality at homes
With the onset of Sony’s Morpheus VR, the Oculus Rift and another unnamed Microsoft gadget, virtual reality at home seems just a skip and a hop away from reaching into our world and in our homes. Each company assures its customers very solid software and the entire gadget cover would come into our feasible range too. 2015 sure is the year of the advent of reformed technology.
With these new gadgets, 2015 will certainly turn out to be a big year for gadgets.