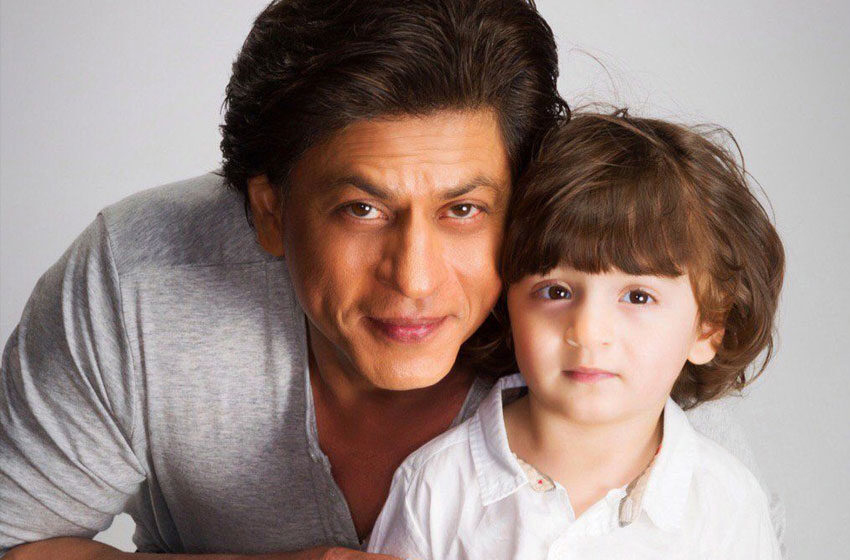 Bollywood kids always have our complete undivided attention. Whether it be Saif’s Taimur or Shah Rukh’s AbRam, we spend a fair amount of time scrolling through social media smiling at their pictures. Their adorable innocent faces are enough to have us invest in them emotionally. We love to read about them and learn about their little quirks.
While all three of Shah Rukh’s kids have devoted fans, AbRam is the crowd favourite purely on the basis of his cuteness. He has been in the tabloids for a while now and captured the hearts of people all over the world. So, when Shah Rukh came with AbRam to greet the fans gathered outside his house, Mannat, on his 53rd birthday, fans were very happy.
Zero’s release: This year, Shah Rukh’s birthday was extra special to him as he also released the trailer of his new film, Zero, that day. The film has created a lot of hype and is one of the most awaited movies of the year. With a stellar cast, the movie promises to be a hit. Apart from Shah Rukh, the movie has Katrina Kaif and Anushka Sharma in lead roles. Both of them have proved their brilliance on the silver screen over the years, and hence people have high expectations from this film. The trio is coming together for the first time after their 2012 hit, Jab Tak Hain Jaan.
Zero is being directed by Aanand L. Rai and is supposed to release on 21st December. Fans cannot wait to catch Zero in movie theatres now that they have seen the brilliant trailer. The Badshah rarely disappoints when it comes to his acting prowess, and it seems that Zero is going to be no different.
AbRam’s Gift: The launch of the trailer found Shah Rukh in a happy mood. Not only had wishes been pouring on from all parts of the world, but he was also getting to show his hard work to the public finally. He was charming and elegant as always, ready to tell some interesting stories. During an interview, he was asked what he received from AbRam as a birthday gift. Shah Rukh used this opportunity to tell the funniest little anecdote about the little champ. Apparently, AbRam decided to recycle a Diwali gift that was already lying around the house. He wrapped it in gift paper and then gifted to it his father. Shah Rukh was touched, but he could not help but be amused at the same time. Even this small gesture from AbRam shows how much he loves his father. There is also something to be said about his intelligence and perception skills considering he thought of the plan and then executed it so well.
Shah Rukh fans always want to know more about the star’s personal life because he is more of a personal idol for them rather than a distant celebrity. This story is the perfect insight into a very sweet moment on his birthday, and fans are gushing over it.