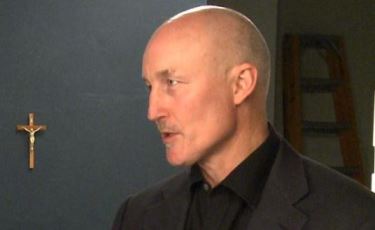 The tragic news of the demise of Australian ex-priest Kevin Lee started spreading as soon as his body was recovered off the shore following the wrath of Typhoon Haiyan. If reports witness accounts are to be believed, Kevin Lee went to perform a ritual in the sea but was killed by the high intensity of waves which came crashing.
The death of 49-year-old Lee was confirmed by Department of Foreign Affairs & Trade, Philippines. Kevin was a former priest and hailed form New South Wales in Australia. A spokesperson from the Ministry appeared before the media and said that the officials from the consulate were in constant touch with Lee’s family and was providing all kinds of assistance required. Kevin Lee was banned from his parish duties in Sydney West’s Glenmore Park after news came to light that people were not aware of his secret marriage.
Kevin Lee was best known for exposing the child sex abuse case of the Catholic Church which he was associated to and tried to seek liberal pre-selection for McMahon’s federal seat which was earlier held by Treasurer Chris Bowen. Ever since he was boycotted in Australia, he relocated to Philippines where he met Josefina at a Karaoke Bar in Manila where both of them sang “Careless Whisper” by George Michaels following which they fell in love with each other. The tragic part is that their first child Michelle was born on September 24, 2013 and fate took away Lee from his family two months hence.