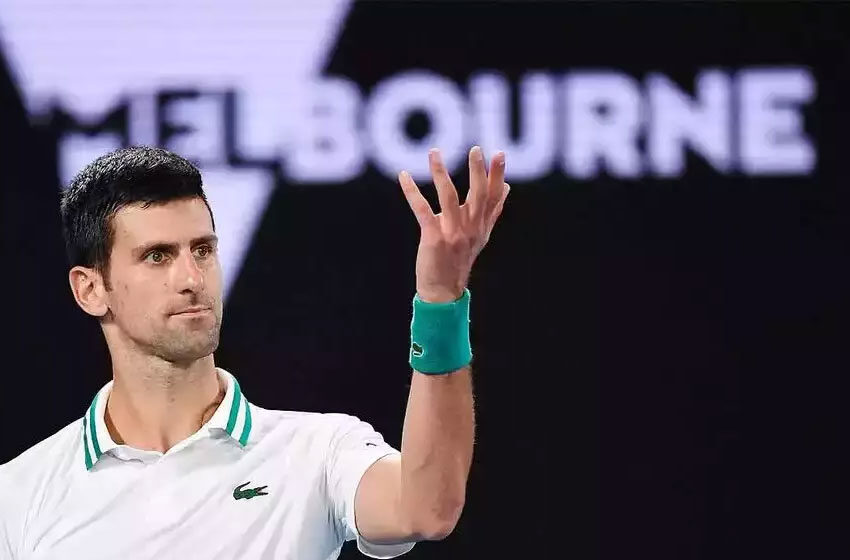 On 15 January, Novak Djokovic was detained following the cancellation of his visa for the second time due to being unvaccinated. Immigration Minister Alex Hawke took the decision on health and good order grounds and considered it appropriate to do so in the public interest. Also, Prime Minister Scott Morrison reiterated that the Government decided to deport Novak after careful consideration.

Mr Morrison said that Australians had made many sacrifices during the Pandemic months. Hence the Government should work towards safeguarding their interest, and in doing so, it should be strict towards maintaining the vaccination rules.

Serbian President Aleksandar Vucic criticised the decision and displayed words of encouragement on Instagram. He wrote that the Serbian Government stood in solidarity with Djokovic. He further questioned how the Australian Government handled the whole visa row; he said that if the Australian Government wanted to ban Djokovic from winning the 10th trophy in Melbourne, why didn’t the officials inform him earlier that his visa application was inadequate.

Mr Vucic wrote that the 34- year old tennis player was being mistreated, due to which his family and the nation was suffering.

Djokovic’s legal team appealed to the Court to contest the Minister’s decision. Nicholas Wood, Djokovic’s lawyer, presented a government document and pointed out that his visa was primarily cancelled because he could excite anti-vax sentiment, not because he is a danger to public health.

Mr Wood also highlighted that even though Djokovic was not vaccinated, he had not actively promoted anti-vax sentiment. Despite that, many Australian anti-vaxxers used hashtags showing support for Djokovic. He also mentioned how the Minister chose to implement the move in response to vague anti-vaccination comments that Novak had made in 2020. Furthermore, the nine-time Australian Open winner had the right to defend his title. If he had won, it would have made him the most successful tennis player in history with a record 21 Grand Slam titles.

At an emergency late-night hearing following the Court’s decision on 14 January, Judge Anthony Kelly ruled that Djokovic could not be deported amidst the appeal proceedings. But on Sunday that week, the Court unanimously dismissed the tennis player’s challenge of the government minister’s decision to cancel his visa.

He expressed dissatisfaction with the Court’s ruling, but he respected it. However, in a statement shortly after the Federal Court judges’ unanimous decision, he said that he was highly disappointed with the Court ruling to dismiss his application for judicial review of the Minister’s decision to cancel his visa. The order meant that he could not stay in Australia and participate in the Australia Open.

He further added that he was uncomfortable and had been the centre of controversy ever since he arrived at the Melbourne Airport on 6 January, when his visa got cancelled the first time.

On the other hand, the national federation that runs the tennis tournament, Tennis Australia, said they respected the Court’s decision. They also said that they looked forward to a competitive and exciting Australian Open 2022 and wished all the players the best of luck.

Djokovic’s visa cancellation can affect his chances of playing at the Grand Slam if the Australian Government imposes a three-year entry ban. Furthermore, his travel to other countries would also be affected as most require visa applicants to disclose if they have ever been deported or had their visa cancelled or rejected.

Australians have had strong reactions ever since the initial announcement of Djokovic’s visa cancellation.

In an official statement, ABF said Djokovic had failed to provide any appropriate evidence to meet the entry requirements to Australia, due to which his visa was cancelled.

The ordeal started when he attempted to enter the country on a valid visa but without a medical exemption. Furthermore, Djokovic’s lawyers argued that his medical exemption should be assumed on the basis of the fact he had tested positive for covid recently.