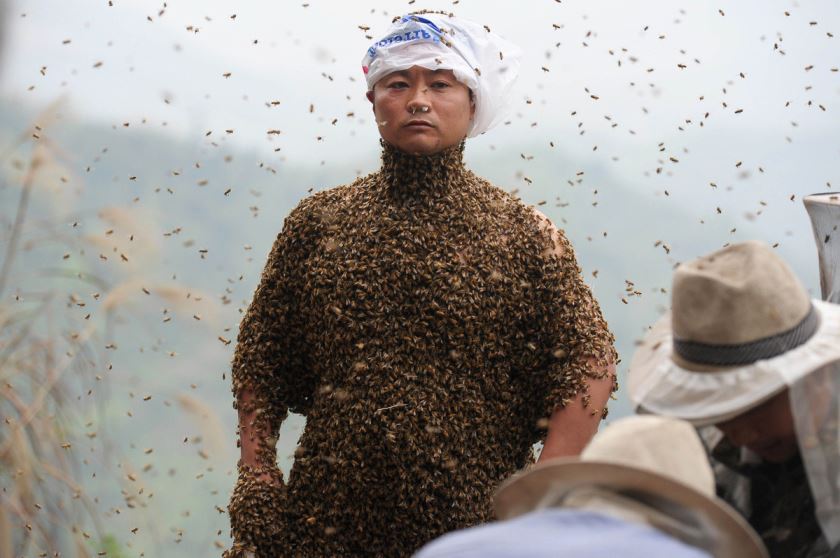 In our modern world of promotion and salesmanship, what speaks of your belief in your product more than the fact that you’re willing to wear it?
She Ping, a Chinese beekeeper asked himself the very same question and resolved to cover himself with a full body suit that consisted of twenty-eight beehives and almost half a million bees. When asked why he did it, he smiled (as though at the stupidity of a question) and said that he wanted to advertise his honey.
This is not the first time he’s doing this, either. When he was twenty-two (he’s now thirty-four), he wore a total of fifteen beehives. Now he has ‘broken his own record’ by donning twenty-eight. He was stung ‘only’ twenty times during the stunt, he says.
For the trivia hunters among you, the Guinness World Record for the heaviest mantle of bees worn by an individual is held by a gentleman called Vipin Seth, who wore more than 600,000 bees weighing a total of 61.4 kg. Ping’s coat of bees weighed ‘just’ 45 kg.