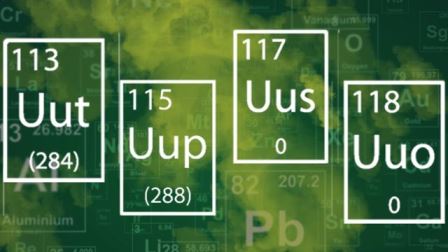 The Periodic Table of Elements is the sacred table of every chemistry enthusiast. Now, four new elements have been created in the laboratory and are being added to the table. In this article, we will tell you all about the new entrants and where they fit in our understanding of the universe.

If you remember your high school chemistry, you will know what the periodic table is. It’s a table of all the chemical elements ordered by their atomic number, electronic configurations and recurring chemical properties. The rows of the table are called periods, whereas the columns are called groups.

Earlier this month (January 2016), four new elements have been added to the periodic table. So by one stroke of a discovery, all our high school chemistry educations have been rendered obsolete, not to mention the sad plights of those who have the table tattooed on their arms. If only there was a way to extend body art.

Here are a few things about the periodic table and how additions are made to it. We also give you some inside goss on the new entrants.

2. They’re created by bombarding two lighter nuclei together. For instance, to create 117, the researchers smashed calcium nuclei into a target of Berkelium. The latter element is extremely rare, and it took the team more than two years to collect 13 milligrams of it. For element 113, a thin layer of bismuth was bombarded with zinc ions travelling at about 10% the speed of light.

3. They are extremely unstable and fleeting. Even after the elaborate manner in which they’re created, these new elements last for but a few milliseconds before disintegrating. Element 117 has half-life period of fifty-thousandth of a second, whereas Element 113 also decays in less than a thousandth of a second.

4. Future such elements can be stable. Quantum theory proposes that it is possible to create elements that have high atomic numbers – to the north of 120 – that are also very stable and resistant to decay. These elements would exist in an ‘island of stability’ on the periodic table to the far right. Though at this moment we don’t know what the properties of these elements will be, successful experiments such as these lend more support to the theory that we may one day create more stable heavy metals.

5. What will we call these new elements? For now, they are being given temporary names, such as Ununtrium, Ununpentium, Ununseptium and Ununoctium. The discoverers of these elements will now be asked to name them, based on a mythological concept, a mineral, a place or country, property or a scientist.