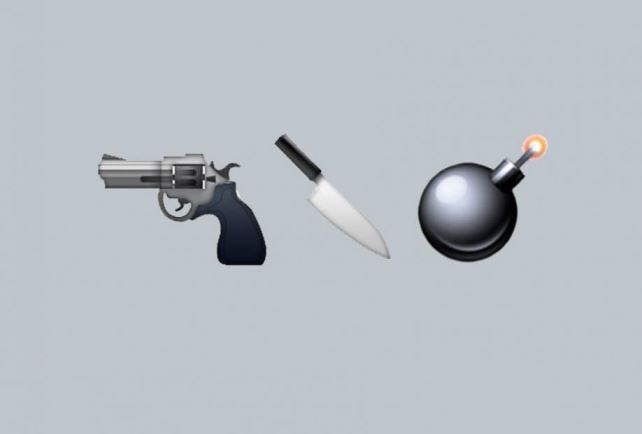 Emoticons or the simple smileys which we used to make a few years ago using text symbols like :’( and :p are now completely overshadowed by the world of emojis which are the pictorial form of emoticons and are available in abundance across every digital platform. Internet users in all parts of the world use these symbols to express their feelings. In fact many a times, we send only the emoji(s) to the receiver on the other end, without actually typing any text at all. Such is the power and popularity of the emojis these days. They convey what we want to say or how we feel at a particular moment so aptly that they’ve become an addiction.

The basic ones, like the happy, sad and angry emojis came first and soon after much more complex versions started to appear. And today we have more than 1,600 emojis symbolising everything from emotions, animals, seasons, objects, fruits, food items, beverages, sports, musical instruments, modes of transportation, flags, etc. They have become a new language all together – the colourful, fun ‘language of the internet’. But in the middle of this fun, somehow people started getting arrested! What? What are you talking about?

Recently, a 12-year-old girl from Virginia (US) got arrested and was charged with online harassment and threatening by her school. What did she do? She used the bomb, knife and gun emojis in one of her Instagram posts. The post was titled, ‘Killing’ and said ‘meet in the library Tuesday’ along with the threatening emojis. Apparently, US police is taking such online posts quite seriously because of their infamous history of school shootouts. The police tracked the girl by identifying the IP address of the student who owned that Instagram account. She was made to appear in a juvenile court because of this unfortunate incident. The mother of the girl told Washington Post that she posted that message in response to being bullied and she shouldn’t have been charged for such a small mistake.

In another such incident, a 17-year-old boy from Brooklyn, New York was arrested in January 2015 for posting a number of Facebook statuses with gun emojis. In one such status he posted a gun emoji pointing at an emoji of a police officer along with text, “Nigga run up on me, he gonna get blown down”. When police investigated his FB account, they found several selfies of the boy with an actual gun, ammunition and marijuana joints. He was immediately arrested and was charged with criminal possession of a weapon, possession and criminal use of drugs and terrorist threats.

In these two instances the kids landed in a lot of trouble, but most of these cases turn out to be nothing, but mild episodes of teenage angst. But yes, posting threatening emojis can surely get you jailed. So next time, think twice before you decide to playfully send those knives and bomb emojis to a friend because he/she was an hour late for the party!