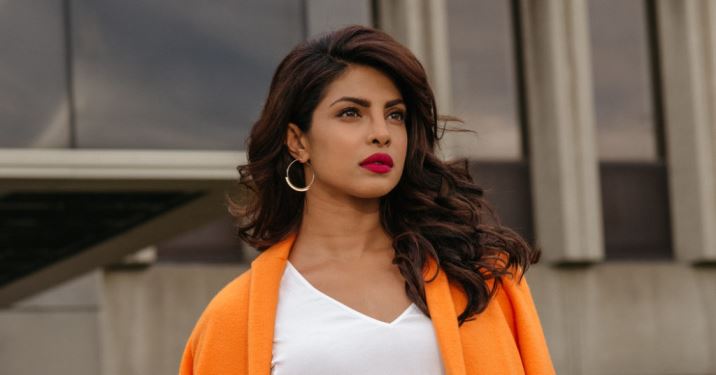 Priyanka Chopra is busy these days, shooting for her first Hollywood film, Baywatch in Georgia (US) with actors like Dwayne Johnson and Zac Efron. While the nation is in awe of her talent and success, some people are having a hard time digesting the fact that this Padma Shri awarded actress has achieved so much in such little time. One such being is her ex-manager Prakash Jaju.

Jaju posted a series of tweets on April 3rd, claiming that PC had attempted suicide 2-3 times during her early days in the film industry. He said that Priyanka attempted suicide after the death of her then boyfriend Aseem Merchant’s mother in 2002. According to him, PC was really close to her and couldn’t handle her sudden demise. He wrote – “Death of Aseem Merchant’s mother shattered her so much that she tried to jump off Karan Apartment to commit suicide.” He further added that he reached her at the last moment and caught hold of her, saving her life.

Jaju further stated that Priyanka also tried to end her life after a huge fight with Merchant. He said that the couple used to fight everyday and on one such occasion, the actress tried committing suicide and again, it was him who saved her life. Jaju wrote, “She used to call me at 2 am in the night, crying… and I used to take her from Aseem’s house, make her understand and drop her at her home.”

When someone asked him why he was revealing these details now, he said he wanted to make a point that young girls struggling in the film industry have strong suicidal tendencies. These posts from him came after TV actress Pratyusha Banerjee’s death. In one of the tweets he said, “PC may look very strong now but she was very vulnerable in her struggling days.”

While Priyanka completely ignored these gimmicks, her mother lashed out at him and called him a liar for saying these things. She said, “That lying bastard spent time in jail … his old mother and father fell at PC’s feet begging for forgiveness.”

Jaju managed Priyanka’s work from 2000-2004 after which she fired him for harassing her. Ashok Chopra, Priyanka’s father filed a complaint against Jaju for interfering in his daughter’s privacy and for that, Jaju spent 67 days in jail.

On 13th April, Priyanka spoke about this issue and said, “It’s so sad that Indian media has given credibility to the man, who was in jail because of harassing me, without checking the history who the person is. So, I have nothing to say because there is no credibility to this person.”