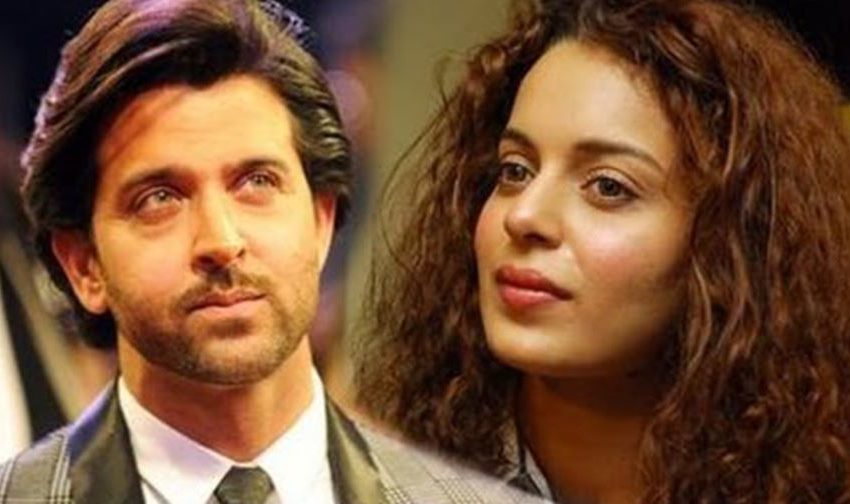 He is the ‘Greek God’, undeniably the most good-looking man in Bollywood and she is the ‘Queen of hearts’, the most talented and fearless woman in the industry. Both of them together could have been ‘The Couple’ of the tinsel town, but no, they chose an ugly break-up followed by an even uglier legal battle instead.

Recently, intricate details about Hrithik-Kangana relationship were published by a leading tabloid and I can summarize the whole thing for you in just one sentence which is a quote by American novelist Julie Courtney Sullivan – “On the surface, relations between men and women were all soft kisses and white gowns and hand-holding. But underneath they were scary, complicated, ugly mess, just waiting to rise to the surface.”

How they Became Friends – Hrithik and Kangana’s friendship blossomed on the sets of Kites in 2009. It is being speculated that Hrithik’s marriage starting to turn into a mess at that time due to his affections towards his leading lady, Barbara Mori. But somehow he found a friend in Kangana, who supported him in this difficult time. Hrithik insisted her on doing the role of Kaya in Krrish 3, but she wasn’t interested. After persuading her for 6 months, she finally agreed and that’s when their friendship grew even stronger.

Struck by Cupid’s Arrow – Soon after, this friendship turned into love. But things were not that simple, Hrithik was married to Sussanne and he wanted to avoid the divorce because he was worried for his children’s future. But when you and your wife sleep in separate rooms, you know that there is nothing left in the marriage and there is no future. Finally, Hrithik decided to end the marriage in 2013 and he proposed to Kangana in January 2014.

The Game called ‘On-Again, Off-Again’ – They thought that now things will get a little smoother, only to find out that bigger, more complicated troubles were waiting for them. During the shoot of Bang Bang, there were rumours of Hrithik getting close to Katrina Kaif which bothered Kangana a lot. She tried to break-up with him, but he was not ready to give-up on her yet. She started dodging his calls and even tried seeing other people in order to move-on from him, but Hrithik somehow persuaded her to give this relationship another shot.

But this time, their paradise was plagued with insecurities and a sense of absurdity. There were a lot of trust issues from both the ends and all of this was very confusing for the two actors to handle. They broke-up, but after a few months they were back together. But finally, they realized that this is not meant to be.

The Legal Battle and the Blame Game – So, what could have been a closed chapter between these two, again got a new lease of life when Kangana gave a spiteful statement about an ex of hers in an interview and that didn’t go well with Hrithik. He slapped Kangana with a legal notice, accusing her for defamation and demanding a public apology. Kangana countered this move by sending him a legal notice, asking him to take back his notice since at no point she quoted Hrithik’s name in the interview. So the assumption that the ‘silly ex’ she was talking about is him indeed can’t really be proved or can be a cause of defamation. The battle turned even more ferocious and dreadful, as elaborate details of their broken relationship started getting published.

We know relationships are difficult and if you are a celebrity, things become even more complicated. Media is always after your life and everyone walks around with an opinion about your personal life. These two could have moved on with their lives, but the need to constantly maintain your public image got the better of them and things got uglier. Let’s just give them some personal space and time to sort their feelings.