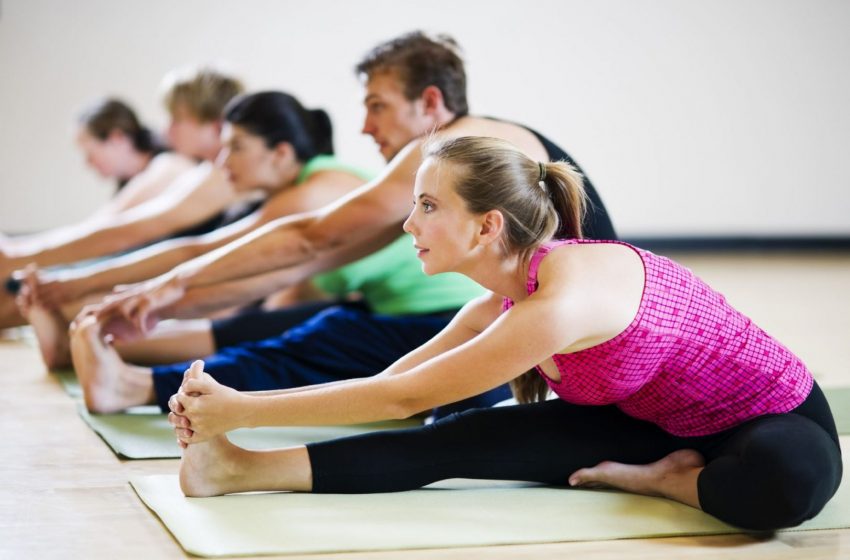 Yoga is a practice of the body and the mind. It’s not just a series of stretching exercises, but also a window to the soul. However, not all of us do yoga the same way. With tongue firmly in cheek, we suggest five different types of yoga practitioner. Can you spot which one of them you are?

What? There are kinds of yoga practitioners?

Yes, Dear Reader. Not everyone who does yoga achieve the same zen-like state. As they say in Buddhist philosophy, your zen is different to my zen.

Ours is not to judge but just to observe. If you’re trying to nail pigeon pose and there is a definite itch on your tailbone, don’t try to scratch it, they say. Observe it, instead. Classify it into what kind of pain it is. And then just smile serenely at it.

We’re applying this observe-classify-smile routine to the kinds of yoga practitioners you see around you. Bear in mind, though, that we don’t judge.

1. The shaker
No matter how much the teacher tells you that you must not exert yourself and that you must maintain control of your body at all times, there is always that one student in every class who is trying like hell to balance himself (it’s somehow always a he; women tend to be dainty as daisies) on one hand and shaking everywhere like a leaf on a tree during a winter storm. There is a lot of huffing and puffing, and there may be a bit of grunting too. The latter is quite common if said practitioner has a history of being a gym user.

2. The hottie
Come on, you knew this was coming. An unverified study suggests that a full 47.5% of people who join yoga class do so in the hope of meeting a hot person. These hotties come in both genders and all sizes. They usually know who they are, so they wear stretchable pants or sleeveless vests to show off their bodies. They’re often found with grim-set expressions, and strut about as if they’re the only people in the room.

3. The nerd
We guess ever class has one, and yoga classes are no different. This is the person who insists on never allowing the teacher to complete more than two sentences at once without butting in with a question or – as they call it – a ‘doubt’. They also insist on never calling the poses by their English names. So it’s never the Cobbler Pose with these folks: it’s always the Baddha Konasana. Sometimes they can overreach and try to fit two of these names into one English sentence, and end up stuttering. When this happens, laugh at them if you must, but be aware that such silliness doesn’t deter these guys.

4. The teacher’s pet
Often the teacher’s pet is also the nerd, and it can also sometimes be the hottie (but it’s never the shaker). But during times when it is not, you can recognise the teacher’s pet by closely following the teacher’s eyes and her expressions when he or she talks to a student. Generally speaking, a teacher’s pet has three attributes: she doesn’t take the front row (because she knows she’s the teacher’s pet, duh), her form is flawless, and she is often found helping those less fortunate around her.

5. The Shavasana skipper
We saw this surprisingly in just about every class we observed. There’s always a person who is always fidgeting throughout the class, and when the teacher asks everyone to spend five minutes in shavasana, that is five minutes too many for our busy man. He gets up, packs his bag, signals ruefully to his teacher that he has a business meeting to attend, and bolts.