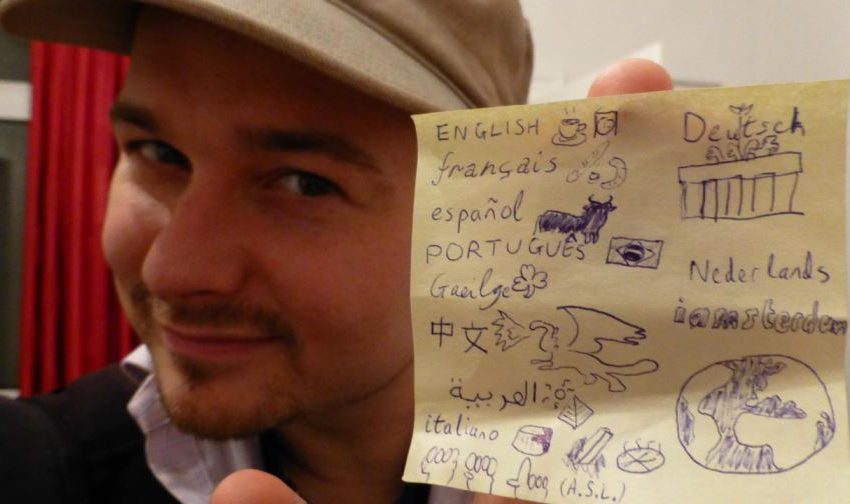 The world is more connected today than ever before, which means the importance of being able to speak a second – or third, or fourth – language is higher now than ever. In this piece, we look at how anyone can train themselves to be a linguist.

A polyglot is a person that can speak in multiple languages. While all of us aspire to be linguists and be able to switch effortlessly between tongues of different countries, the reality is that our brains are probably not made for speaking in many languages. A lot of research has suggested that the human brain is most receptive to languages when it is at its most malleable – i.e. when it is young and still growing.

However, there are conscious things that you can do to increase your chances of becoming a linguist. Here are a few.

1. Ignore the critical period hypothesis
There are many people among polyglots who have begun learning new languages as adults. So the theory that there is a ‘critical period’ in which language learning happens most easily is dubious at best. At the very least, the effect of this critical period is not as pronounced as it is sometimes stated. So if this is the main factor discouraging you from learning a new language, put it to one side and begin with your lessons as soon as possible.

2. Travel
Sometimes, ‘sink or swim’ is a viable strategy. If you’d like to pick up the rudiments of a language, travel to the country and see if you can spend a few months there among the natives. Even if you have access to a common tongue, refuse to use it. This technique is more readily available for young, single people.

3. Understand that a new language will broaden your mind
If you’re struggling for motivation to learn a new language, there is a strong correlation between the number of languages a person knows and the amount of time by which dementia is delayed in them. Also, different languages are associated with different memories, and as a person, you become a different cultural being with a new cultural identity when you start speaking in a new tongue. This breadth of experience and mental exercise is not available with any other mind-expanding game or technique.

4. Understand the culture
Language springs from culture. In order to store within your brain the memes and words of different languages without mixing them up, you will need to feel empathy for the culture that gave birth to each language. There must be a part of you that feels at home with that culture, and only then can you internalise the language and speak it well.

5. Start with imitating words
Almost anyone can listen and imitate the sounds that come out of a person’s mouth, without paying attention to the spelling. When you’re imitating the speaker, make sure you’re also imitating the body language and facial expressions. For instance, speaking with slightly pouted lips makes you sound a little bit more French.

6. Don’t be embarrassed
Fight the embarrassment that can arise due to making unfamiliar sounds in the new language, for example the guttural sounds of Arabic. Practice a little bit every day and be consistent in your effort – something like fifteen minutes per day – and in no time at all you will find that your hard work is paying off.