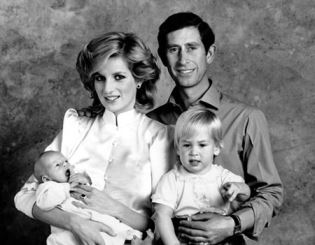 For most of us, a wedding is a time for celebration with our closest family members and friends. However, for people with different mind-set and economics, known as celebrities, showing their golden lining of wallet is as important as their wedding wows. Following is the list of most extravagant celeb weddings ranging from $2 million to $137!

10. Tom Cruise and Katie Holmes ($2 million)
Eiffel Tower witnessed how Tom proposed to Katie and that proposal led to a grand marriage after 19 months. On November 18, 2006 the couple married in Italy at the 15th century castle, Odescalchi Castle in Rome. It was attended by 150 guests, Giorgio Armani designed all the apparel of the bride and Andrea Boccelli gave a musical performance. The elaborate wedding event was followed by an exotic honeymoon in Maldives. The marriage lasted about 67 months before the coupled signed a divorce settlement.
9. Paul McCartney and Heather Mills ($3 million)
In 2001, the $3 million wedding ceremony took place in Country Monaghan, Ireland where there were fireworks, grand feasting and dancers dressed in Indian costumes. The ceremony was held in St. Salvador’s Church and Castle Leslie witnessed the reception attended by 300 guests. They honeymooned at a private island in Seychelles. It lasted for about 8 years before the couple separated in 2008.
8. Liza Minnelli and David Gest ($3.5 millions)
The wedding was held in the world’s famous Regent Hotel in March 2002 and a total of 850 guests attended the grand event. Natalie Cole sang “Unforgettable” and a 60-piece orchestra along with Tony Bennett made the event entertaining for all the guests. The 12-tier, 6-foot wedding cake cost $40,000. The union barely lasted for a year and half and the couple was separated in July 2003.
7. Chelsea Clinton and Marc Mezvinsky ($5 Million)
In 2010, the daughter of former US President Bill Clinton married to her childhood friend and an investment banker Marc Mezvinsky. The wedding cost included $600,000 air-conditioned tents, an $11,000 cake, Vera Wang wedding gown and Oprah Winfrey attended the ceremony.
6. Wayne Rooney and Coleen McLoughlin ($8 million)
The stare footballer and the girl from working British-class exchanged the wows in 2008. The 4 day wedding ceremony took place in Villa Durazzo in Portofino Italy on June 12, 2008. 64 guests were flown in on five different private jets; the ambiance was beautiful with stunning views of the Italian Rivera on a yacht. Despite some ups and downs they are still together and happily raising their two kids.
5. Vikram Chatwal and Priya Sachdey ($20 million)
Indians have to be on this list, right? Vikram Chatwal is son of a New York hotel magnet and Priya Sachdey is a model, actress and investment banker. The wedding took place in February 2006 and is known as one of the most luxurious weddings ever in all of the India. Many people from high places, along with Bill Clinton, were on the guest list. The wedding ceremony lasted for 10 day and was spread across 3 cities in India – Mumbai, Udaipur and Delhi. There were more than 600 guests from 26 countries who were all flown to India on chartered jets.
4. Prince William and Kate Middleton ($34 million)
Who doesn’t know about this royal wedding? It took place in 2011 in St. Paul’s Cathedral, London but more than 2 billion people all over the world watched it on their TV sets. More than $800,000 were spend over flowers and the wedding cake was worth $80,000. Entire United Kingdom celebrated the union with 4 day’s holidays.
3. Vanisha Mittal and Amit Bhatia ($60 million)
The bride is the daughter of steel-magnet Lakshmi Mittal and the groom is a London-born investment banker and the owner of Swordfish Investments. More than 1,000 guests from around the world attended after each had received a 20-page silver card to the event which included all the lavish details of the entire celebration that lasted for 5 days. The wedding took place at the 17th century, Vaux le Vicomte, the finest chateau and garden in France. Kylie Minogue, the famous pop singer, performed in the party. A top Chef from Calcutta prepared 100 different dishes and the wine cost $1.5.
2. Prince Charles and Lady Diana ($110 million)
Again, this royal wedding was also witnessed by millions when it took place in 1981 at St. Paul’s Cathedral, London. $600,000 were spent on the security, five feet high cake was worth $40,000, the diamond and sapphire engagement ring was worth $60,000 and more than $100,000 were spent on pre-wedding celebrations. Everyone admired the 20 feel veil worn by Princess Diana. The actual cost of this royal wedding was $48 million in 1981 but when adjusted for inflation, it becomes $110 in present times. They divorced in 1996 after long marital life.
1. Sheikh Mohammed bin Rashid and Sheikha Hind bint Maktoum ($137 million)
Who would spend more than Arabs? When the Prime Minister and Vice President of the United Arab Emirates (UAE) and constitutional monarch of Dubai married Princess Salama in 1981 in Dubai, people had national holiday for 5 days. 20,000 guests from all over the world were entertained for 7 days of luxury and Sheikh Mohammed rode his horse to every village and fed everyone and the entire nation, literally, celebrated this royal wedding.
A marriage is one of the most sacred bond human beings shared and who would not enjoy it, especially if the celebrations are such luxurious? There are, however two questions: Are these couples still together? Who would enter this list sooner or later? Only time will tell.