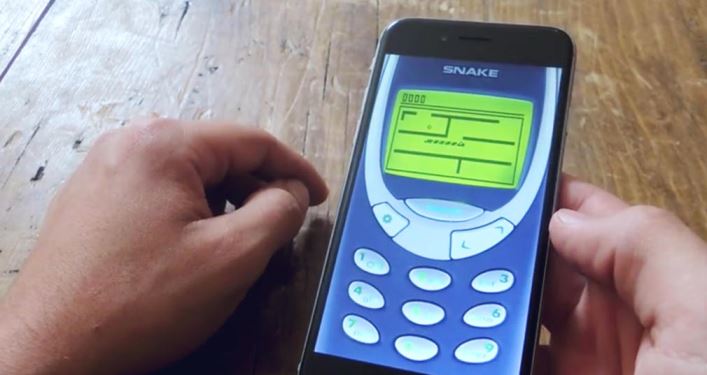 If you pine for those simpler days when playing a game on the phone meant ‘snake’, then this new app called Snake 97 may be just the thing. Not only does it recreate the authentic gameplay experience, it also takes you back in time by giving you a retro interface.

If you’re a child of the nineties or the eighties, if you remember holding an old phone in your hand and tabbing away at the keys to play a monochromatic game called ‘Snake’ for hours and hours, then this new app – which lets you play the classic game – is right up there on the list of apps you will thoroughly enjoy.

How is Snake 97 different to all snake-like games out there? Well, for starters, the interface allows you to play the game on a recreation of one of the old Nokia mobile phones. They’re not called Nokia, of course, because that will open a can of copyright worms, but anyone can look at any of the provided designs and know that they imitate the old Nokia phones that only had to be charged once a week.

Yes, you read that right. Once a week. Even after hours of playing Snake. Take that, you power-hungry smart phones.

Snake was the mobile-phone equivalent of Minesweeper and Hearts, two games which graced our Windows 95 computers and provided – in spite of their basic design – endless hours of pastime to early Windows users. Snake did the same for bored commuters and movie-goers who wanted to immerse themselves into a world of growing tails and ever-shrinking walls.

The rules of the game are simple: you consume one pixel at a time, and with each pixel you consume, your tail grows by one pixel. Your brief is to stay away from the boundaries of the screen and from your own tail – so you cannot eat the walls (who can, really?) nor can you eat your own tail. The more pixels you gobble up, the higher your score and the street-cred among your Snake-playing buddies.

The most endearing touch of Snake 97 is of course the interface. The developers could have jazzed it up with any number of graphics, but the fact that they chose to stick with old style mobile phone pictures with complete keypads appeals to the nostalgic lurking within every one of us. Just one look at the interface and you will be transported to those bygone days where up, down, left and right were all the buttons you needed to while away a couple of slow hours without a care in the world.

This is not an app that you will use every day for the rest of your life, of course. Even nostalgia wears thin after a while. But it is definitely worth your time to download it on your modern smart phone and peer back into the past, in homage to this ever-lengthening reptile that kept boredom at bay with the simplest of rules.