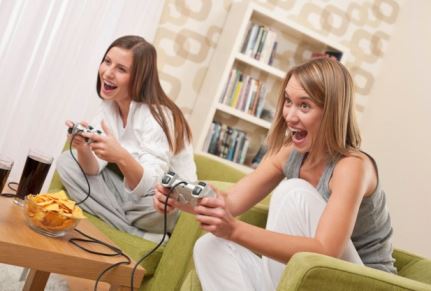 We are always refrained from playing video games but a recent research has revealed that there are some cognitive abilities especially in elderly people which can be improved if they indulge in gaming for at least an hour per day. The research was conducted on people falling in the age group of 60-79. As a part of the research, the people were made to play a certain driving simulation game for a period of 12 hours. The outcome of the research gave a startling revelation as the efficiency of attentiveness in the elderly people was the same as that of people 50 years younger to them.
Furthermore, the driving simulation game had a long-lasting effect on some of the elderly people as it improved their driving skills and also made multi-tasking relatively easier for them. Thus, this test fared well for all those who have problems in focusing their attention towards something particular. Henceforth, the research clearly pointed to the fact that video games help in keeping the brain of elderly people young.
But let us be clear that this research is valid only for a few genres of games and not the gore ones especially World of Warcraft, Grand Theft Auto and Gears of War. As a matter of fact, there are a few games which have been made keeping in mind certain criterions that will benefit people cognitively and help them in improving their concentration power altogether no matter how old they are.
Henceforth, we must consider the prospects of indulging in gaming since it comes with its own set of pros as well as repercussions.