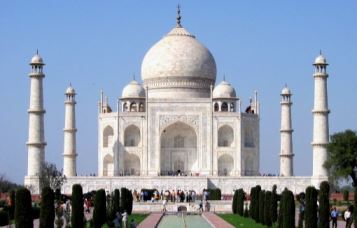 India begins where the much treaded upon roads end. As Ruskin Bond once said in one of his interviews “The India I Love, does not make the headlines, but I find it wherever I go – in field or forest, town or village, mountain or desert – and in the hearts and minds of people who have given me love and affection for the better part of my lifetime”
It is simply baffling trying to understand the true scale of this nation. Both in terms of its geographical expanse and cultural diversity, this nation has not failed to intrigue whoever has set foot in it. Unfortunately, people from outside who usually set foot in this country come with a lot of pre-conceived notions based on popular culture, media and fragments of its history. In a country as big as this, it would be just unfair to generalise about anything.
For example, for centuries the world has generalised India as a land of elephants, snake charmers, TajMahal, turbans, butter chicken and curry. What the world does not know is that if they landed up in the south of this very country, they might have a hard time finding any of these, except for the elephants. Every part of India has its unique flavour and culture that is very distinct from the other. The deserts of the west with its warm climate, traditional turbans, ghaghra cholis and folk music is very different from the East with its cool climate, snow-capped peaks, hill slopes full of tea plantations, woollen clothing with silver jewellery and typical cuisine.  The extreme north of the country is a rarely explored treasure trove of natural beauty and scenery. Roads lined with apple and cherry trees, calm lakes in misty cold evenings, house boats and flowers everywhere can enchant anyone who visits it. The south on the other hand with its lush green forests, sunny seaside towns, beaches, coconut trees and rich wildlife has much more to be seen than meets the eye.
Things are so unique among these different parts of the nation that someone from one part might feel completely alien in the other; the biggest factor towards this is language. There is a different language in almost every state. In total, there are more than 600 registered languages in India. If you thought Hindi was what everyone spoke here, you are definitely going to be surprised. Thankfully, most Indians are multilingual and can speak at least three languages including English.
Fuelling the Indian stereotypes are movies and television series that do not fail to put all 1.2 billion people in the select few buckets that they portray through their characters. Even if their intentions are not the same, people assume that they imply that. Most of the acclaimed movies about India capture the new Indian phenomena like young IT graduates, urban weddings, slums, Bollywood and overpopulation. Take for example series like Outsourced that circle around India’s burgeoning call centres or The Big Bang Theory where the only Indian has the typical accented English and reflects much of what Indians in the west are viewed as. Slumdog Millionaire did us proud by highlighting the slums and inhumane conditions people live in whereas other acclaimed movies such as Bend it Like Beckham glorify the Indian family’s orthodox mind-set. If movies like Rang De Basanti and Salaam Bombay reached a wider international audience, people would change their perception. Rang De Basanti not just showed the modern Indian as a happy go lucky yet concerned about his nation individual, it also very subtly brought modern day issues in India to the forefront. Young Indians are a force to be reckoned with as this is the only country with the largest number of 18-50 year olds in the world.
With a productive workforce so big, it is not a surprise that it is one of the fastest growing economies of the world. India ranks 9th in the world when it comes to GDP and 3rd on the basis of Purchasing Power Parity (PPP). It also ranks second in terms of agricultural output in the world and 4th when it comes to producing electricity and oil products. Much of the world’s natural resources are locked within the confines of this nation and they are definitely harnessing most of it. It is also one of the rare countries where despite having a population density so high is quite well connected by the telephone network. The total number of mobile phones in India is four times more than that of the United States and about 74% of the total population is covered by telephone network. Telephone and television are two things that are practically keeping the country together and connected. When India won the Cricket World Cup for the second time a couple of years back, not even one Indian throughout the lengths and breadths of the nation was not in front of their television screens. The mass outpour of joy and celebration was epic as the victory in the country’s favourite sport meant a lot to everyone. But not everyone knows that the country has also won eight Olympic gold medals for hockey.
It is a country with a reputation to shock and awe. It marches ahead in all its glory as the rest of the world watches in amazement. The world’s largest democracy also had a rocket scientist for President. Some of the world’s poorest as well as the richest reside here, maybe on the very same street. The thumb-rule while getting to know about India is to not expect what is expected. Though Indians believe in more than a million Gods, don’t expect everyone to be a believer. Though the country idolises Mahatma Gandhi, don’t always expect them to turn the other cheek!