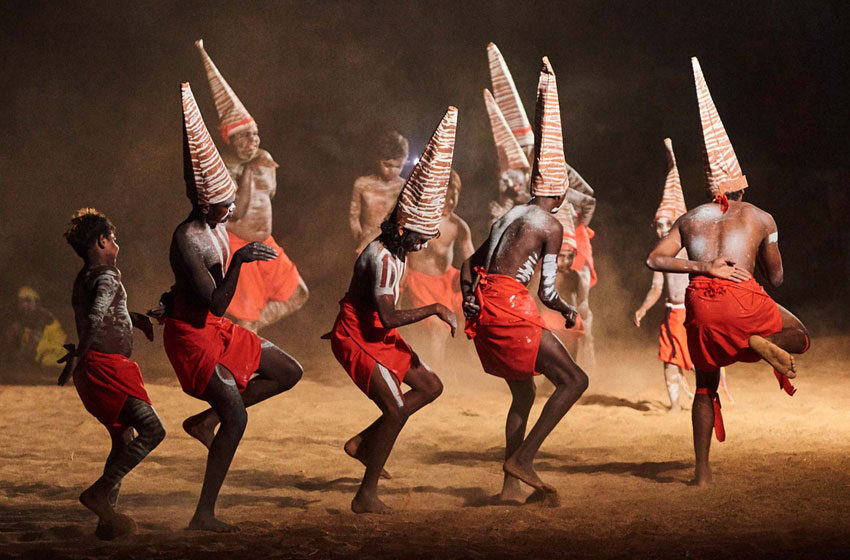 Australia is known for its thriving arts scene, colourful mix of cultures and its unique Aboriginal heritage. People of Australia love to celebrate this journey called ‘life’ in the form of innumerable cultural events, concerts, competitions, fairs and festivals. Here, we have compiled some of the popular upcoming festivals of Australia, where they are being celebrated and what can you expect from them –

Ord Valley Muster (May) – If you are up for exploring the remote east Kimberley region of Western Australia, plan your trip around the month of May, when the Ord Valley Muster Festival is celebrated in the region. More than 50 events are organized including art exhibitions, musical evenings, sports competitions, trekking, markets, cooking demonstrations, street parties, and many more.

6 (May-July) – This festival offers you an incredible opportunity to witness some of the most scintillating cabaret performances from around the country and the world. This year, Australian Burlesque Festival will complete its 7th year and it promises to be bigger and better than ever before.

Groovin the Moo Festival (April-May) – This is an annual music festival that is held in the regional areas of the country instead of the big cities. Currently being held at locations including – Oakbank, Bendigo, Townsville, Bunbury, Maitland and Canberra, Groovin, the Moo Festival provides that essential dose of live music and entertainment to these smaller towns, usually enjoyed by the major cities.

National Celtic Festival (June) – This festival is the largest and the most diverse form of celebration of Celtic music and culture that happens on the land of Australia. You’ll be able to enjoy 3 days of blissful live music, dance performances, art, poetry and food events. If you are new to this scene, do not hesitate attending a workshop during the festival.

Mowanjum Festival (July) – July brings with it the unique festival of Mowanjum, in which people from Worrorra, Wunumbal, and Ngarinyin communities display their cultures by organizing dance performances, boab tree carvings, corroborees and didgeridoo workshops. The festival lasts for an entire day and the consecutive night as well.

Walking with Spirits Festival (July) – Malkgulumbutu is a sacred waterfall and lake-site located approx 100 kilometres away from Katherine. This location becomes the venue for an amazing cultural festival called the Walking with Spirits, which is celebrated either in the weeks of late July or early August.

NAIDOC Week (July) – The week-long festival celebrates the heritage, culture and triumphs of Australia’s Aboriginal and Torres Strait Islander Peoples. It is celebrated in various cities of Australia, but every year a different city is chosen to host the NAIDOC Awards Ceremony. Last year the ceremony was held in Adelaide and before that in Gold Coast. This year it will be held in Darwin.

Darwin Aboriginal Art Fair and Cairns Indigenous Art Fair (August) – Both these fairs are held in the month of August in Darwin and Queensland, respectively. Darwin Aboriginal Art Fair provides platform to artists from over 40 different Aboriginal communities where they display their talents in the fields like bark painting, metal sculpturing, fibre jewellery making, etc. On the other hand, CIAF is a 3-day event and is more like an ‘art market’.

Adelaide Guitar Festival (August) – This one is the largest guitar festival of the country. It is a biennial festival that features some of the most talented artists from around the world. You can explore various genres during the festival including jazz, rock, classical, blues, and experimental.

Royal Melbourne Show (September) – If family fun is what you are looking for, look no further! Set aside the month of September for this 11-day fun-filled festival where you can enjoy activities like exhibitions, entertainment shows and rides, shopping opportunities, art n craft, cookery events, and lots of farm fun for your kids.

Brisbane Festival (September) – Every year, the city of Brisbane becomes the host to one of the biggest international arts festivals of the country. The Brisbane Festival arrives with its long list of exciting musical programs, theatre and dance performances, opera, circus and other thrilling events. The international appeal of this festival attracts hundreds of artists from across the world.

Melbourne International Arts Festival (October) – For more than 17 days every October, MIAF celebrates a unique line-up of fabulous events ranging from dance, theatre, music, outdoor activities to visual arts. It is the third in the list of Spoleto Festival series after Spoleto Italy and Spoleto US.

Corroboree Sydney (November) – This festival is an 11-day event in which some of the most popular Aboriginal and Torres Strait Islander artists come together to showcase their talent. You can attend music shows, art exhibitions, visual art displays or a literary event during this festival, which is held every year in New South Wales since 2013.

Woodwork Folk Festival (Dec-Jan) – Another very popular festival with an international appeal. It is held for 6 days and 6 nights and features more than two thousand artists and over 400 events. You can attend the concerts, dance performances, street theatre, comedy sessions, acoustic jams, film screenings, forums, writer’s panels, debates, workshops and special events for the children.