68-year-old American movie mogul, Avi Lerner construed the US President Barack Obama to be a coward for not taking a stricter action against online piracy. The American-Israeli producer stated in an interview that this government’s failure to force Google to develop more competent anti-piracy measures were causing losses worth millions of dollars to Hollywood every year.

The man behind blockbuster movies like Expendables, Rambo, and London Has Fallen quoted, “It’s a major problem and it’s something that I don’t know if anyone can stop, because the government, the president, Congress are all scared of Google.” He further claimed that piracy had cost his production house, Nu Image and Millennium Films a loss of $250 million on ‘The Expendables 3’.

Lerner said that the government should force Google to bring an end to piracy. “They should make a law that anyone helping piracy and not helping to stop piracy should go to jail or get penalized or whatever”, he added. It is a known fact that a high-quality copy of ‘The Expendables 3’ was leaked on the internet, 3 weeks before its actual release. The copy was downloaded more than 100,000 times, thus causing a huge loss to his production house.

According to Lerner, a portion of Google’s advertising revenue is generated via these piracy websites and software programs and because of that the company has no intention of stopping it in the future as well. Google introduced some major modifications to its algorithms in 2014 to prevent piracy websites from acquiring high search engine rankings, but several Hollywood studios feel that’s not enough.

In 2012, many Hollywood bigwigs came together to create a two piece legislation to tackle online piracy – Stop Online Piracy Act and the Protect Intellectual Property Act. The purpose of these acts was to prevent non-US piracy websites in a similar way as the US websites were being dealt. But Google and other internet giants resisted the approval of these acts by claiming that they would suppress development of the internet and pave way for US authorities to shut down websites (both US-based and foreign sites) without proper procedures.

Obama’s government made sure that the legislation was put on a hold after a wave of protests was made by Google and Wikipedia, declaring the bills as a threat to internet freedom. Heidi Jo Markel, the founder of Eclectic Pictures supported Lerner by saying, “We have to protect our intellectual property or why are we doing this? Why be creative? Why put your blood and sweat and tears into writing a movie only to have it stolen?”

Piracy has become a serious threat and it will continue to grow with the internet. But can Obama really put an end to this menace single-handedly? We can’t really blame Lerner for blaming Obama for everything that’s wrong in the world, because that’s what we all do, all the time. Don’t we? 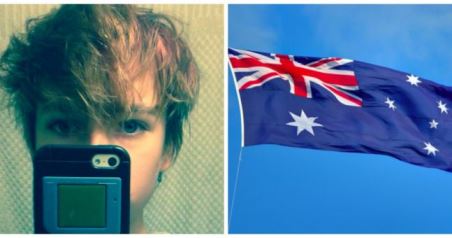 I always tell my team of writers to cross-check every piece of information they’ve acquired from Wikipedia. Yes, it’s a...