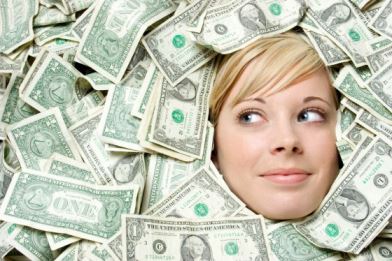 Being a woman in our highly sexualized, discriminating world is not easy, as almost half the Earth’s population knows (and the other half pretends to acknowledge). But it looks like being a woman also hits where it hurts the most: the wallet. Study after study is coming out with data suggesting that it is much more expensive to be a woman, even though they’re buying things that offer the same things a man may need.
This is being called gendered pricing, where

essentially the same product is priced differently depending on whether it is positioned for women or for men. Now in our society, we refer to each other as the ‘opposite sex’, so perhaps we don’t pay much attention to differentials such as these: we think of them as natural. A cynic may say that this data is not surprising and that it only reinforces what men have always known intuitively: that a woman cannot keep a handle on her purse.
But why should items like mortgages and cars be more expensive? Surely a mortgage doesn’t add a woman’s vanity, and when it comes to a car, one would expect that prices will be higher for men’s vehicles. And what about haircuts? Even when the end product is similar to a man’s, a woman’s haircut was found to be in almost every case more expensive. Could it just be that a woman is perceived to be too weak to negotiate, to accept without question any price that is asked for a product?
Maybe.