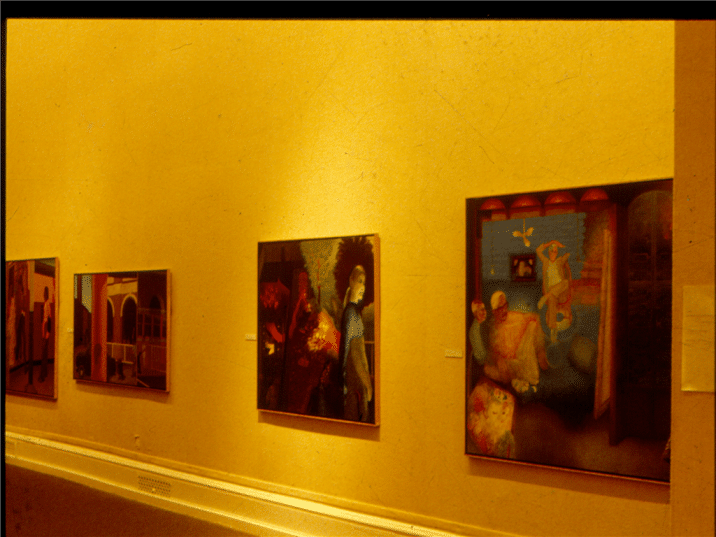 Art has always been central to life in India, whether it is sculpture in the old temples, literature carved on ancient parchments that have been handed down as the Vedas, or contemporary art that is now gaining foothold. In this piece, we tell you of four contemporary artists from India who are setting the art world alight.

As the subcontinent’s economic power has been growing in the last decade, art from the region has also become more and more noticed on the global stage. The price for which subcontinent art has been selling has gone up in the last ten years or so, now fetching millions of US dollars at auction. To be fair, not every artist plying their trade is raking in the moolah – and that’s how it is in the arts – but here we profile four of them who are making the art world sit up and take note.

Anish Kapoor
Born in Bombay in 1954, Anish Kapoor has been living and working in London since the early 1970s. In the 1980s, he became known for his geometric and biomorphic sculptures using material such as granite, limestone, marble, pigment and plaster. He ranked number 11 in Artprice’s Top 500 list for 2012-2013, with an auction turnover of 12.3 million EUR and a top hammer price of 1.2 million EUR. In 2014, Kapoor’s ‘Untitled’ sold at the Contemporary Art Auction at Doha for a price of 1.595 million USD.

Atul Dodiya
Atul Dodiya began exhibiting and selling his work in the 1980s, after his graduation from Sir J. J. School of Art in Mumbai, which conferred on him a Bachelor of Fine Arts degree. He has had several solo exhibitions of his work in India, and is often mentioned among the top contemporary artists in the country. Dodiya’s evocative paintings are seen in auctions that feature some of the most important and highly prized Indian modernists, like Tyeb Mehta and Francis Newton Souza.

Bharti Kher
Bharti Kher ranked number 102 in the Top 500 list of artists in 2012-2013, making her the second most expensive artist after Anish Kapoor. But owing to the plethora of Chinese artists that are growing more prominent, Kher doesn’t figure in the top 500 of the 2013-2014 list. She was born in England but moved to Delhi when she was 23, where she has been living and working ever since. Her works embody the themes of minimalism, abstraction, mythology and narrativity. Kher’s signature stroke in many of her works is the incorporation of the bindi, which Indian women wear on their foreheads.

Jitish Kallat
Another artist from the J. J. School of Art from Mumbai, Jitish Kallat began in 1996, and rose to prominence when he rendered Jawaharlal Nehru’s ‘Tryst with Destiny’ speech on five large acrylic mirrors and then setting them aflame so that the words got incinerated and produced mangled reflections. From 2007 onwards, the artist’s popularity in the international circuit has risen, with his work fetching increasing amounts at auctions. In the Top 500 list of 2013-2014, Kallat ranks at 448, making him the third most expensive artist out of India.