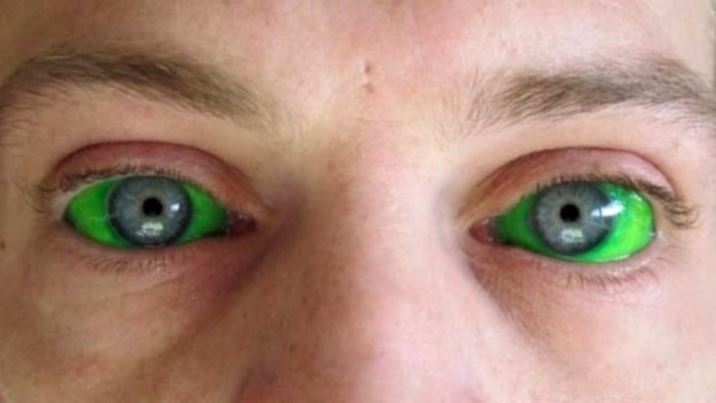 If you’re a person who loves the idea of body art, an organ of the body that had hitherto been out of bounds just became accessible: the eye. You could now legally get your eye ‘inked’, by which a pigment is injected into the whites of your eye to colour it. Creepy? Or exciting? Depends on how you ‘look at it’.

Yes, you read that right.
New South Wales has just made the decision to legalise the process of eye tattooing, by which indelible ink is injected into the whites of a person’s eye to make it look like another colour. People have been wearing coloured contacts for the pupil; now they can choose a colour for the sclera of their eyes too.

About twenty Australians so far have already gotten this done over the last few years. They had their tattoos done in the United States, where the process has been apparently legal for longer.

Is it safe?
At the outset, it must be said that no kind of body art is completely safe. Normal tattoos carry with them risk of injury and infection as well. But now that the organ we’re talking about is the eye, which is such an invaluable and delicate organ, the Australian Society of Ophthalmologists came out and called the procedure ‘ridiculous’ and ‘appalling’. The president of the society, Michael Steiner, said, ‘To have somebody inject something into the tissues of the eye just for the look, I find that appalling. There are possible risks of infection, perforation, sensitivity and haemorrhage.

The other side
Luna Cobra is the tattoo artist who has coloured the eyes of the twenty or so Australians over the last seven years or so. He says the procedure is safe, when performed by a professional with all the precautions taken. Yes, it contains risk, but in his opinion, it’s a bit like skydiving, where the person comes face to face with their fears. He argued that the health ministry should focus on things that affect more people more deeply – like fatty foods and cigarettes – instead of worrying about something that affects twenty Australians every year.

The possibility of proliferation.
Another fear that has been raised by the opposition party in response to this act is that now that the procedure has received publicity and legality, more and more people will choose to get it done to their eyes, which may result in increased numbers of cases of blindness and infection. More alarmingly, some people may get it into their head to do the inking of their eyes on their own, with a syringe and needle filled with pen ink. Such practices could lead to tragedy, which could all be avoided by a ban on the practice.

Human beings are creatures of vanity. The lengths we sometimes go to stand out from the crowd and attract attention can be surprising. It remains to be seen if eye inking will become a ‘thing’ of the future, where every person gets a choice in how to colour their eyes surgically. Perhaps they will look back at today’s generation and ask what the big deal was.